Lithium Ionic Corp has announced that it has completed the acquisition of two strategic lithium mining licences in Minas Gerais, Brazil.

The statement added that MGLIT Empreendimentos, the company’s wholly owned subsidiary, paid an aggregate cash amount of USD$3,310,000 to Galvani Nordeste Mineracao to close the transaction.

'A significant resource' of lithium secured in Brazil deal

Blake Hylands, Chief Executive Officer of Lithium Ionic, commented: “The Galvani Property, specifically the Outro Lado showing, have shown the kinds of grades and widths we feel could potentially lead Lithium Ionic to a significant resource. The Galvani Property is an excellent addition to our land holdings in this prolific lithium belt.”

The Itinga Project is located in Minas Gerais State, Brazil. The project comprises of five mineral licences covering more than 1,300 hectares in the prolific Aracuai lithium province. A portion of the Project occurs immediately south of the CBL lithium mine and plant, Brazil’s only lithium producer, and immediately north of the large Barreiro and Xuxa lithium deposits of Sigma Lithium Corp.

The project area has excellent infrastructure, including access to hydroelectrical grid power, water, a commercial port, highways and communities, the statement concluded. 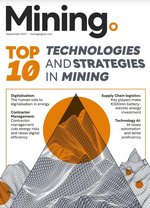