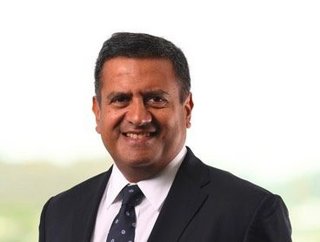 Chief Financial Officer Sherry Duha appointed as interim CEO, with Biswas to stay on in an advisory capacity till replacement confirmed

Newcrest Mining, the Australian-based gold exploration and mining company, has announced that its Managing Director and Chief Executive Officer, Sandeep Biswas, is retiring, having been in his role since 2014.

In a statement, the mining company said that its Chief Financial Officer, Sherry Duhe, will assume the role of interim CEO, effective from December 19, 2022. A global internal and external search for a new CEO is already underway and will be supported by executive search firm Russell Reynolds, it added.

Duhe joined Newcrest in February 2022 and has nearly three decades of experience across global energy and resource companies. A seasoned executive leader, she has served as Chief Financial Officer for two ASX-listed companies.

Biswas will remain in an advisory capacity during the CEO transition period, ahead of his retirement on March 18, 2023. His retirement as Managing Director was effective as of December 18, 2022, the company stated.

Newcrest Chairman Peter Tomsett thanked Sandeep for his dedication and contribution since 2014, and for advising the Board of his intention to retire.

“Our company has strong financial fundamentals, a relentless focus on safety and an unrivalled international portfolio of long-life, low-cost gold and copper assets, all of which have been transformed during Sandeep’s tenure,” said Tomsett.

“Today, we are Australia’s largest gold company, the biggest gold producer in British Columbia, and have a substantial presence in Papua New Guinea. We also have a meaningful and increasing exposure to copper – a resource vital to global decarbonisation efforts.

“As we look towards the future, it is an opportune time for fresh leadership to accelerate the evolution of our company and ensure we are best placed to make the most of the opportunities in front of us.”

An appointment is expected to be made next year, the company said. It pointed out that the process is being carried out in line with Newcrest’s executive succession planning, and that the process had been ongoing for some months and included conversations with Biswas.

“Much has been achieved over the past nine years, which has only been possible because of the efforts of the very capable people who work at Newcrest and the strong partnerships built with the communities where we operate. I wish them all the best for the future,” said Biswas.

“It has been an honour to lead this company and ensure safety and innovation have become ingrained into the very core of how we go about our business every day.”

Commenting on Sherry’s appointment, Tomsett said that her business acumen, strategic insights, track record of creating value and her focus on ensuring Newcrest is a great place to work were key to her appointment as Interim CEO.

“Exciting times lie ahead for Newcrest as we continue to grow profitability, lead the way in innovation and sustainability, and deliver a safe workplace where everyone can thrive and excel,” he added.

Current Newcrest Group Treasurer Dan O’Connell has been appointed Interim CFO, effective from December 19, 2022. O’Connell is a senior executive with more than 20 years’ experience in finance, including more than a decade at Newcrest across accounting and finance, tax, business, and commercial performance. He held roles at BHP Billiton and Ernst & Young prior to joining the company.

Chief Operating Officer (Americas) Craig Jones will also assume responsibility for all of Newcrest operations on an interim basis from December 19 as well. Having held several executive and senior management roles, Jones has led operations in Canada, Papua New Guinea, Indonesia and Australia since commencing at the company 14 years ago.

To provide continuity and ongoing support alongside the management team, Tomsett will have increased involvement in the business during the transition period. He has broad gold mining and international business experience, having been an executive and non-executive director at a range of mining companies listed on the Australian, Toronto, New York, and London stock exchanges. This includes Placer Dome Inc, Kidston Gold Mines Ltd, Equinox Minerals Ltd and Silver Standard Resources Inc.

“The Board has full confidence in the collective experience of our executive management team. Together, we remain energised about the next stage of Newcrest’s evolution, building on the company’s past successes, and ensuring we deliver outcomes for our shareholders, for our people, and for our communities in both 2023 and beyond,” concluded Tomsett.