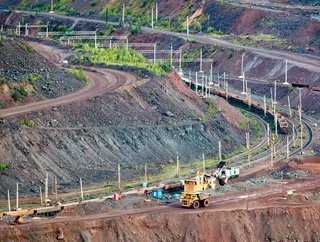 A TSX-listed gold mining, exploration and development company, with a specific focus in the Atlantic Canadian jurisdictions of Newfoundland and Nova Sco...

A TSX-listed gold mining, exploration and development company, with a specific focus in the Atlantic Canadian jurisdictions of Newfoundland and Nova Scotia, has significantly expanded its portfolio following the acquisition of a deposit and surrounding property.

Anaconda Mining announced in a statement that it had acquired the Rattling Brook Deposit, located in northwest Newfoundland, pursuant to an acquisition agreement between Anaconda and Kermode Resources ltd.

Anaconda Mining will expand its Great Northern Project, which will in turn enhance its prospective land position in the Northern Peninsula.

This includes the Thor Deposit, which is located around 20 kilometres south of Rattling Brook. Anaconda has two deposits located on the Northern Peninsula, which is collectively known to as the Great Northern Project.

"The acquisition of the Rattling Brook Deposit consolidates Anaconda's land position within the region of our exploration portfolio, and is the first step in a strategy to realize shareholder value for the Great Northern Project,” said Dustin Angelo, President and CEO, Anaconda Mining.

“There is a renewed interest in the gold exploration potential in Newfoundland, and we believe we are well positioned to generate value from our now-expanded Great Northern Project. As we focus on our development and production stage assets, we are pursuing options to unlock value we believe lies within the Great Northern Project for our shareholders."