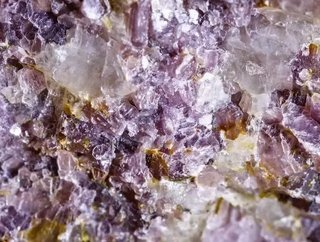 Cornish Lithium, a British mining company, has turned to crowdfunding to raise £1mn ($1.25mn) for a drilling campaign at its Cornwall project in south...

Cornish Lithium, a British mining company, has turned to crowdfunding to raise £1mn ($1.25mn) for a drilling campaign at its Cornwall project in south-west England.

Exploring the opportunity to create a new, environmentally responsible, UK-based lithium extraction industry Cornish Lithium has acquired exploration rights for lithium and other battery metals across a large area of Cornwall.

The company’s crowdfunding initiative went live on Friday. At the time of writing the campaign had raised £639,030 (63% of its target) from 263 investors.

Cornish Lithium CEO Jeremy Wrathallcommented: “We strongly believe in the potential of lithium extraction in the county and look forward to welcoming new, as well as seasoned, investors to join us on the exciting journey ahead.

“The potential to develop a new industry in Cornwall, focused on metals which will be key to a low-carbon future, could be of huge importance for the future of British industry.”

‘Lithium for the UK’ study to be launched

As a Financial Conduct Authority-regulated platform, Crowdcube would give those interested in investing in Cornish Lithium the opportunity to become direct legal shareholders in the company.

As the world decarbonises with renewable energy and electric cars, domestic supply of battery metals is key. Demand for lithium is rapidly rising as electric vehicles become mainstream. Recently Volkswagen commented that lithium is the ‘irreplaceable element of the electric future’.

Cornish Lithium is conducting innovative research into mineral extraction and development in the UK and has secured Enterprise Investment Scheme (EIS) advance assurance as a “Knowledge Intensive” company.

Cornish Lithium participated in a government funded project to use satellite technology to identify lithium in Cornwall and has recently been awarded funding from the prestigious Faraday Challenge fund as part of a tripartite study into the possibility of establishing a lithium processing facility in the UK.