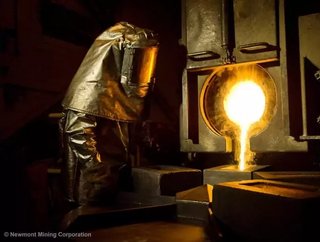 Newmont has confirmed that the Canadian Competition Bureau has cleared Newmont’s previously announced transaction with Goldcorp under Canadian competi...

Newmont has confirmed that the Canadian Competition Bureau has cleared Newmont’s previously announced transaction with Goldcorp under Canadian competition law.

Newmont continues to cooperate with other regulatory agencies regarding additional approvals that are conditions to closing of the combination.

Last month, Newmont and Goldcorp announced the two companies will merge to create an unmatched portfolio of world-class operations, projects, reserves, exploration opportunities, and talent. On day one after the transaction closes, which is expected in the second quarter, Newmont Goldcorp pledges to be immediately value-accretive to Newmont’s Net Asset Value and cash flow per share.

The new company will target 6-7 million ounces of steady-state gold production over a decades-long time horizon, while maintaining the largest gold Reserves and Resources in the gold sector, including on a per share basis.

Newmont Mining: The growth of mining in Ghana

Newmont Goldcorp will be located in favourable mining jurisdictions and prolific gold districts on four continents and capable of delivering the highest dividend among senior gold producers.

Offering financial flexibility and an investment-grade balance sheet to advance the most promising projects, Newmont Goldcorp will generated a targeted Internal Rate of Return of at least 15%.

Newmont is a leading gold and copper producer. The Company’s operations are primarily in the United States, Australia, Ghana, Peru and Suriname. Newmont is the only gold producer listed in the S&P 500 Index and was named the mining industry leader by the Dow Jones Sustainability World Index in 2015, 2016, 2017 and 2018. The Company is an industry leader in value creation, supported by its leading technical, environmental, social and safety performance. Newmont was founded in 1921 and has been publicly traded since 1925.