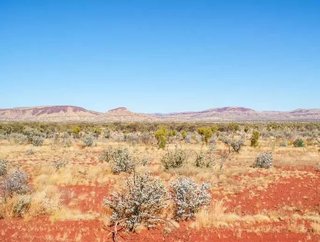 An emerging Australian gold producer has announced plans to join the ranks alongside some of the country’s most significant players, with an aggressiv...

An emerging Australian gold producer has announced plans to join the ranks alongside some of the country’s most significant players, with an aggressive expansion strategy.

Earlier this week, the company completed the acquisition of a 100% interest in the operating Darlot Gold Mine (acquired from Gold Fields) and the King of the Hills Gold Project (acquired from Saracen Mineral Holdings), both located in the eastern Goldfields region.

The acquisition represents the “beginning of a new growth chapter for Red 5 as an Australian Gold producer listed on ASX.”

“The completion of these transactions marks a significant milestone for Red 5, providing the Company with immediate gold production and cash-flow in one of Australia’s most exciting gold provinces, plus an outstanding growth pipeline which starts with an immediate satellite mining opportunity at King of the Hills but also includes numerous near-mine and regional resource development and exploration opportunities.

Evolution Mining sells Edna May mine to Ramelius Resources for $40mn

“I would like to welcome all the members of the Darlot operating team to the Red 5 group. We’re very much looking forward to working with the excellent group of staff and contractors at Darlot to take the operation into its next era of growth and development.

“With the transfer of ownership of both of these assets complete, we intend to hit the ground running, with a very active schedule over the remainder of 2017 and into 2018

Red 5 will also commence an immediate review of historical exploration data for KOTH, which has multiple lodes extending over 1.95km and open at depth, providing numerous exploration drilling targets.

The Darlot Gold Mine has been acquired by Red 5 as a going concern and mining and processing operations will continue through the ownership transition, with all existing staff and contractors to be retained.

The Company expects to appoint an underground mining contractor for KOTH in October 2017, targeting the delivery of first KOTH ore to the Darlot mill in November 2017.