BHP Billiton CEO: Automation Could Save the Mining Sector Billions of Dollars 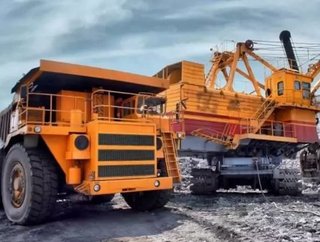 Mining companies are consistently under pressure from investors and shareholders to yield higher returns, meaning miners need to get the most out their...

Mining companies are consistently under pressure from investors and shareholders to yield higher returns, meaning miners need to get the most out their equipment to help maintain margins, which are being squeezed by high labor and energy costs and decreasing commodity prices.

At an industry dinner in August, Andrew Mackenzie, the new CEO at BHP Billiton, spoke at length about the need for equipment efficiency across the sector. He likened the quest for efficiency to that of a Formula One Motor Racing Team and used an example of pit stops to highlight the importance of continuous improvement, no matter how small. Thanks to tiny changes, he said, the F1 pit stop has gone from just under four seconds in 2010 to just over two seconds in 2013.

“If we take that and apply it to our industry,” he continued. “The prize is significant. For us, every one percent of improvement in productivity translates to a $170 million saving.”

Many industry experts are only too aware that innovations from an equipment point of view are not going to be overly dramatic, however small improvements could have a significant impact on the industry. “You cannot really improve on the drilling itself,” said Ulrich Schoepf of the Deep Drilling Division at Bauer Maschien GmbH, and unit of Germany’s Bauer AG. “So we make the machines safer, which means less down time. We make them more fuel efficient and easier and cheaper to transport.”

During the discussion, many of the key industry players also stated that automation would continue to be a huge influencer when it comes to product development. It has been at the root of many dramatic improvements in mining productivity in recent decades and will continue to shave precious time off the mining process. Atlas Copco Chief Executive, Ronnie Leten went as far to say, “the whole battle will be in automation.”

So what are some of the largest manufacturing companies doing to improve mining equipment? In May, Sandvik began field-testing a new generation of underground hard-rock mining trucks, which have an on board jacking system that allows flat tyres to be changed quickly and efficiently on location.

Germany’s Bauer is due to present a new generation deep drilling rig, which is reported to be able to drill down to 7,000 meters and will be ‘hands-free’. “We have easily 200 – 300 competitors in deep drilling,” conceded Schoepf, “but there are only two or three that have ‘hands-free’ technology.”

Rexroth, part of the Bosch Group, has developed hydraulic excavators, which offer substantial improvements in energy utilization and thus notable cost savings and Caterpillar has launched a new hybrid vehicle. Many of the industry’s key players are now focusing their R&D towards efficiency and productivity gains for customers. “You sell a solution that includes services with a focus on productivity,” said analyst David Jacobsson at Nordic Investment bank Pareto Securities.

“The big benefit here on the mining side is that productivity and what is costs is so extremely measurable. Manufacturers can say, ‘yes, our product is 30 percent more expensive, but since the downtime is much lower your investment will pay off’.”

When it comes to efficiency, machinery has a significant role to play; by minimizing downtime, deploying a higher level of automation, tracking operations, using driverless trucks and concentrating in equipment productivity, valuable time and money could be saved. Mining precision should be at the top of the agenda for mining executives now and in the future. Excellence is achieved by focusing on detail, just like with the Formula One pit stop, small savings could help dramatically improve the mining industry.