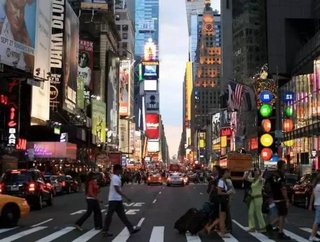 Whether you realize it or not,miningis a fundamental part to our everyday lives.The industry supplies the necessary metals and minerals to make modern l...

Whether you realize it or not, mining is a fundamental part to our everyday lives. The industry supplies the necessary metals and minerals to make modern life work--serving critical roles in infrastructure, machinery, technology and health. We break down the top 10 minerals that hold the keys to life in the 21st century.

One of the most underrated minerals to exist, potash plays a central role in helping feed the ever growing population. Approximately 95 percent of the world’s potash production is used as fertilizer, with the remaining amount used for various chemicals. Derived from “pot ash,” which refers to plant ashes soaked in water in a pot, the mineral is produced worldwide and exceeds more than 30 million tons per year.

Along with various health reasons, zinc is vital for modern life because of its resistance to corrosion. Popular since the 10th century, the metal is used to make many useful alloys including lead, tin, brass and copper. Metallic zinc is also used to make dry cell batteries, roof cladding and die castings.

Normally found in association with other base metals such as copper and lead in ores, zinc is the fourth most commonly used metal. It trails only iron, aluminum and copper, with an annual production of roughly 13 million tons.

Lithium, a soft, silvery metal, is the lowest density of all metals and is often made into alloys with aluminum and magnesium to improve their strength, including making them lighter.

Used in everything from mobile phones, laptops, digital cameras and electric vehicles, lithium is one of the most popular metals used in today’s modern life. In fact, with the rise in popularity for electric cars, the global consumption for lithium has more than doubled since 2012.

Although not technically a mineral, bauxite is formed from a laterite soil that has been severely leached of silica and other soluble materials in a wet tropical or subtropical climate. Bauxite is, however, widely used to make modern life work. It is primarily used to create aluminum.

Thanks to Tesla, cobalt is estimated to become the commodity of the future as it is widely expected to be used in the company’s new Powerwall innovation.  This lustrous, silvery-blue metal is magnetic and is often alloyed with aluminum and nickel to make particularly powerful magnets.

Gold is the clear breadwinner when it comes to value. The precious metal, which is basically worshipped across the global, is primarily used for luxury purposes such jewelry and important objects like wedding rings, Olympic medals, Grammys, currency, etc. According to the World Gold Council, gold can also be used to solve certain environmental concerns.

Known for its rarity and value, silver has many uses in our modern day lives. Traditionally used for jewelry and silverware, this precious metal is also resistant to corrosion and oxidation, making it extremely useful for other industries. In addition, silver is the best thermal and electrical conductor of all the metals. Beat that,gold!

Iron ore is fundamental in creating railway tracks, which have long been a central part of daily life. Not only do they connect families and communities together, but they serve businesses by transporting products, services and freight needed to power the world.

Platinum serves a critical role in the circuit boards of medical apparatus, electrical gadgets and household gadgets, including fiber optic cables for telecommunication devices. The metal is also critical in keeping people alive, serving a huge role in pacemakers to transmit electrical impulses to stabilize heartbeats.

Copper is the most vital mineral to modern life, used in everything from electrical wiring in households and cars to the saucepans in our kitchens. Thanks to its antimicrobial properties, copper can even fight bacteria.

• Related content: [PHOTOS] 5 of the most staggering facts about the Mponeng Gold Mine

The versatile metal can treat conditions like arthritis, cancer and heart disease, while also helping to make local economics run with copper-based coins. Since 3,000 B.C., copper has played a pivotal role in powering our daily lives and making the modern world work.