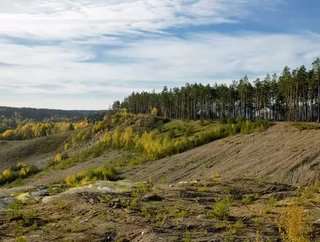 An Australian based minerals company, with a strong focus on vanadium and cobalt, has announced that it is to list one of its flagship mines on multiple...

An Australian based minerals company, with a strong focus on vanadium and cobalt, has announced that it is to list one of its flagship mines on multiple exchanges as its own separate entity.

Aura Energy will list the Häggån Project, located in Sweden’s Alum Shale Province, one of the largest depositories of vanadium in the world, separately on multiple international exchanges to “maximise” the significant value of the battery metal content in the project.

The move comes at a time of a huge surge in the battery metal industry, with the price of metals such as vanadium and cobalt, which have increased 400% (vanadium) and 30% (cobalt) respectively over the last two years.

Aura Energy have explicitly stated that this increase are the key drivers to this reassessment of Häggån.

Aura Energy: Uranium bounces back in the global market

Peter Reeve, Aura Energy's Executive Chairman said “Aura has always considered Häggån to be the company’s most valuable long-term asset and the significant recent price rise in Battery Metals has transformed Häggån’s current value proposition. Häggån now has potential to be one of the world’s largest sources of Battery Metals and the Company believes a separate listing in this environment has the potential to generate substantial value for shareholders.

“Listing Häggån separately with a focussed Swedish management team and the resources to independently finance and propel the project with the new impetus of the growth in Batterym Metals is a very appealing strategy to drive development of this substantial multi-commodity project.”

Häggån contains globally significant quantities of vanadium and has the potential to be one of the world’s largest sources of vanadium production. Given the current growth of vanadium usage and the importance of Redox-Flow battery technology to grid power storage, Aura sees the potential for substantial project upside in the detailed re-evaluation of this element of the Häggån Project.

The Häggån asset is held by Aura Energy in a separate Swedish entity and the company will initially maintain a substantial ownership of the new vehicle but will consider further third-party investments or sell-downs as satisfactory value accrues.