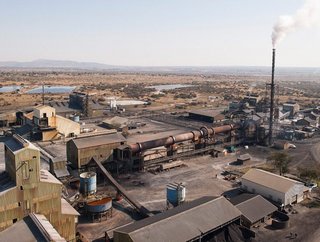 Bushveld Minerals, the AIM-quoted, integrated South Africa vanadium producer and energy storage solutions provider, has secured funding for the engineering, procurement and construction (EPC) of the Vametco hybrid mini-grid, which is owned by its 84%-owned energy subsidiary, Bushveld Energy.

It has completed the development and financial closing for a 3.5MW solar PV plus a 1 MW / 4 MWh Vanadium Redox Flow Battery (VRFB) hybrid mini-grid project for Vametco, which will operate as a funded independent power producer. The fully funded project's total cost is estimated to be ZAR113mn (approximately $7.1mn).

Site preparation for construction began in Q1 and the project is expected to be completed in H1 2023. Bushveld Energy, launched in 2016, is building an energy storage supply chain in South Africa by leveraging the company’s South African-mined and beneficiated vanadium.

Together with South African investment firm NESA Investment Holdings, it signed a shareholders agreement as strategic equity partners in the project's development and financing.

NESA has provided 60% of the equity, and Bushveld Energy 40%, and the latter will recognise a development fee of ZAR5.6mn as revenue from the project upon financial close.

ABSA Relationship Banking has approved a ZAR64mn (approximately $4.1mn) loan to part fund the construction of the mini-grid project.

It will be built on a turnkey basis by NESA Power, who have already executed an EPC Agreement alongside the SPV.

As previously announced, the project's 1MW/4MWh VRFB will be supplied by CellCube, a VRFB original equipment manufacturer in which Bushveld owns an indirect 25.25% interest.

Fortune Mojapelo, CEO of Bushveld Minerals, said the project is the first of its kind in South Africa, and will serve as a VRFB reference site in South Africa for the mining industry, utilities and other users.

"This VRFB mini-grid project is a useful proof-of-concept of the greater technological qualities of long-duration VRFB systems when used in conjunction with renewable energy," he said. "At a fundamental level the project also perfectly demonstrates the sustainable uses for vanadium and positions it as a key metal in the green energy transition."

He added that the majority of the capital invested in the mini-grid project has come from sources outside of Bushveld Minerals.

"This not only proves the attractiveness of the business case for long-duration energy storage using vanadium, but also demonstrates investor interest in the market in the roll-out of VRFB technology," he added.

“In the future we expect to see increased demand for projects combining solar PV and VRFB technology, especially in regions with similar challenges to South Africa.”

Vametco (pictured) is a primary low-cost vanadium mining and processing operation, using the salt roast beneficiation process, with a 184.2 Mt JORC-compliant resource, including 46.4 Mt in reserves, with in-magnetite vanadium grades averaging 2.0% V2O5 and a life of mine of more than 30 years.