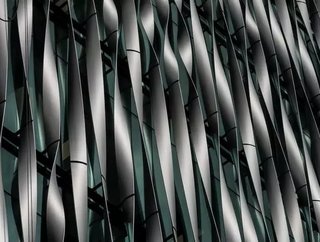 An Australian vanadium producer has just announced major upgrades to its resource deposit, as the global demand for the resource continues to grow. Aus...

An Australian vanadium producer has just announced major upgrades to its resource deposit, as the global demand for the resource continues to grow.

Australian Vanadium Ltd (AVL), announced this week that it had made a significant resource upgrade at its flagship Gabanintha Vanadium Project in Western Australia.

The resource update measured a mineral resource of 179.6mn tonnes of vanadium, totalling a 96% increase on the previous year.

The upgrade comes after extensive revision and geological tests at the site and “underpins the company’s aim to become Australia’s next new vanadium producer.”

AVL’s Managing Director, Vincent Algar, said that the resources upgrade further strengthened Gabanintha’s position as a world-class vanadium project in the size and grade of the Mineral Resource.

“This significant revision of the detailed geology and extent of Gabanintha undertaken by our team and consultants gives us the firm foundations on which to move another step closer to building an outstanding Australian project,” he said.

“We have the tonnage, the high grade and the close proximity to infrastructure. In adition, our timing in respect to supplying the rising vanadium market looks set to be ideal.”

Vanadium has many and varied industrial uses and with the advancement of new technologies is playing an ever-increasing role in the energy storage industry and supporting sustainable energy into the future.

Historically and currently the main uses for vanadium have been in the steel industry. It is primarily used in metal alloys including rebar and structural steel, high speed tools, titanium alloys and aircraft. Vanadium itself is soft in its pure form, but when it is alloyed with other metals, it hardens and strengthens them dramatically.

Recently vanadium is an important commodity in the renewable energy spectrum. It is playing a vital role in battery technology particularly in automotive applications for electric and hybrid vehicles and in grid-scale stationary energy storage for both renewable and conventional energy.