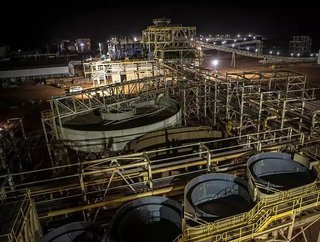 One of the fastest growing intermediate gold companies in the world has achieved full commercial production at its flagship mine, ahead of schedule. B2...

One of the fastest growing intermediate gold companies in the world has achieved full commercial production at its flagship mine, ahead of schedule.

B2Gold, the Vancouver based gold producer with five operating mines and numerous exploration and developments across the world, announced that its flagship Fekola Mine has achieved full commercial production in November 2017.

The Fekola Mine is located in Southwestern Mali.

A previous feasibility study had anticipated full production in December, but as the company continues to ramp up to full production gold production has proven well above budget and original estimates.

Could the Ajax copper/gold mine move closer to production?

Based on the life of mine plan in 2018, the first full year of Fekola production, the Company is projecting production of approximately 400,000 to 410,000 ounces of gold from the Fekola Mine.

Over the initial ten-year life of mine, Fekola is projected to produce an average of 345,000 ounces per annum at cash operating costs of $428 per ounce and AISC of $664 per ounce.