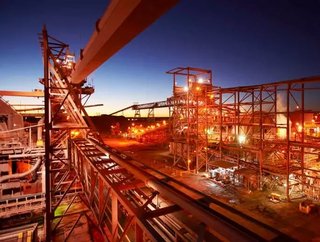 BHP Billiton will continue inject more than AS$600mn in investment into its Olympic Dam expansion project in 2018, the company has revealed. The AS$600...

BHP Billiton will continue inject more than AS$600mn in investment into its Olympic Dam expansion project in 2018, the company has revealed.

The AS$600mn will represent the “most significant investment” the company has ever made in its South Australian operations.

“These investments – in our underground infrastructure and above ground processing operations – will help us build the foundations for long term, safe, stable and sustainable growth at Olympic Dam,” Asset President Olympic Dam, Jacqui McGill, said.

“The investment will ensure the operation is more modern, reliable and can support processing of additional tonnes in coming financial years.”

The AU$600 million capital investment will be allocated across three key areas at Olympic Dam:

The announcement from BHP is part of an ongoing expansion of the Olympic Dam Mine, a large poly-metallic underground mine in South Australia.

BHP acquired the Olympic Dam from the previous operators WMC Resources for a total valued sum of A$9.2bn.

Soon after, the company announced a major expansion project at the mine back in 2005, and in the following years the company has completed extensive pre-feasibility studies which outlined the economic boost that the mine could bring before.

The latest announcement of A$600mn comes soon after a pledge to significantly enhance the Olympic Dam’s smelter operations.

In July this year, BHP announced a total of A$350mn would be invested into the smelter operations in three key areas to ensure the ongoing integrity of critical infrastructure and to continue deliver safe and reliable performance: