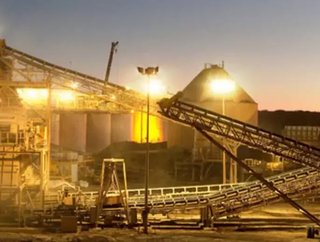 Gary J. Goldberg, Chief Executive Officer at Newmont, commented: “Our proven strategy will deliver stable gold production at competitive costs over at least the next five years as we continue to deliver value-accretive projects across our four regions. Our investment grade balance sheet and ample liquidity means we are well positioned to invest in profitable growth and simultaneously return cash to shareholders through our industry leading dividend. Newmont remains focused on leading the gold sector in profitability and responsibility through the next generation of mines, technology and leaders.”

The long-term view sees attributable gold production ranging between 4.4 million and 4.9 million ounces through 2023, at AISCs of $875 and $975 per ounce, while copper production will see increases up to 65,000 tonnes through 2023 driven by higher grades at Newmont’s Boddington mine in Western Australia.

In an announcement to investors Goldberg said: “We began transforming our business six years ago and built our two newest mines, Merian (South America) and Long Canyon (Nevada), on time and 20% below budget. In 2017, we reached commercial production at our Tanami expansion (Australia) and this year we completed three profitable expansions, including Twin Underground and Northwest Exodus, where both projects extended mine life and added lower-cost production in the prolific Carlin district in Nevada; and most recently, Subika underground, which was completed on schedule and within budget, adding higher grade, lower cost gold production at the Ahafo mine in Ghana.”

Newmont also offered an update on three projects it expects to complete next year… The Quecher Main in Peru is expected to commence commercial production in the second half of 2019 and will add oxide production at the Yanacocha mine, leveraging existing infrastructure to enable potential future growth. Newmont’s Ahafo mill expansion in Africa (entering commercial production in the second half of 2019) is expected to increase average annual gold production by between 75,000 and 100,000 ounces per year for the first five years beginning in 2020. In Australia, the company’s remote Tanami Power project will lower Tanami power costs by approximately 20% in the first quarter of 2019, mitigate fuel supply risk and reduce carbon emissions by 20%.

Newmont’s outlook reflects steady gold production and ongoing investment in its operating assets and most promising growth prospects. Newmont does not include development projects that have not yet been funded or reached execution stage in its outlook which represents upside to guidance.