Newmont Goldcorp opens Borden ‘mine of the future in Ontario 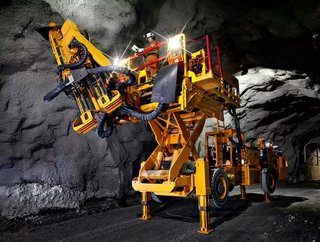 Newmont Goldcorp has inaugurated its Borden Gold Project, Ontario’s mine of the future, featuring state-of-the-art health and safety controls, digital...

Anchored in a mutually beneficial partnership with local communities, Borden is expected to achieve commercial production in the fourth quarter of this year.

In recognition of Borden’s contribution to the future of safe and sustainable mining, the Canadian and Ontario governments each granted CAD$5mn towards electrification of the mine.

Over the last six years, Newmont has successfully built 11 new mines, expansions and projects on four continents – on or ahead of schedule and at or below budget. These projects include Akyem and the Phoenix Copper Leach in 2013, the Turf Vent Shaft in 2015, Merian and Long Canyon in 2016, the Tanami Expansion in 2017, and Twin Underground, Northwest Exodus and Subika Underground in 2018, and the Tanami power project in 2019. The Company also completed a value-accretive acquisition of Cripple Creek and Victor in 2015 and delivered a profitable expansion at the mine in 2016.

Newmont Goldcorp has the strongest and most sustainable portfolio of operations, projects and exploration prospects in the gold sector. This includes the largest Reserves and Resources, with 90 percent of Reserves located in the Americas and Australia.i These assets allow the Company to sequence profitable projects in its unmatched pipeline to sustain six to seven million ounces of steady gold production over a decades-long time horizon.