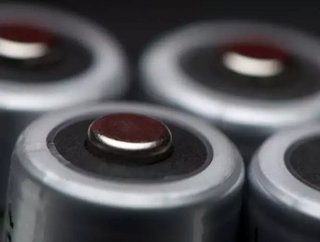 In a recent article, Mining Global started to look a little closely at the high demand for electric vehicles and the rise of copper, lithium and cobalt...

In a recent article, Mining Global started to look a little closely at the high demand for electric vehicles and the rise of copper, lithium and cobalt.

It was revealed that with an increased demand for electric vehicles, an expected 27 million by 2027, which in turn will see an industry wide increase in demand for copper to 1.784 million tonnes, and the price of cobalt surging in price to well over 150 percent, but what of Lithium?

“The electric vehicle (‘EV’) revolution continues to gain speed, with the likes of UBS expecting the cost of ownership of EVs versus traditional cars to reach a parity in early 2019, which would represent an inflection point for demand,” says David Archer, CEO of Savannah Resources.

“As an early adopter of EVs and battery storage solutions, much of this demand is being driven from Europe; European manufacturers consume approximately 24 percent of global battery grade lithium production, second only to China,” he says. “However, no European country currently produces battery grade LCE products, so European manufacturers import 100 percent of their requirements.  This could soon change.”

“Savannah Resources is rapidly taking forward what is arguably one of the most advanced lithium projects in Europe – the Mina do Barroso lithium spodumene mine in Portugal.  With a fast-paced development plan underway, Savannah has the potential to become the first significant lithium producer in Europe.  We expect this source of high grade, low contaminant lithium to be keenly sought after as a premium spodumene concentrate by battery grade lithium producers.