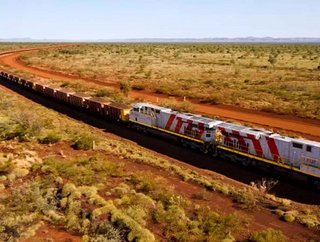 Rio Tinto has approved a $2.6bn investment into an iron project, as the company looks to develop its most technologically advanced mine in Western Austr...

Rio Tinto has approved a $2.6bn investment into an iron project, as the company looks to develop its most technologically advanced mine in Western Australia.

The Koodaideri mine will represent a new production hub for the company’s world-class iron ore business in the Pilbara region, with a processing plant and infrastructure that also includes a 166-kilimoetre rail line. Construction is set to being next year, with production set for 2021 and will have an annual capacity of 43mn tonnes.

Rio Tinto chief executive J-S Jacques said “Koodaideri is a game-changer for Rio Tinto. It will be the most technologically advanced mine we have ever built and sets a new benchmark for the industry in terms of the adoption of automation and the use of data to enhance safety and productivity.

Through a two-phase construction cycle, Rio Tinto will replace depletion in the mine system and implement an increased level of automation and digitisation.

The development will consolidate everything Rio Tinto has learned from its studies into finding advanced ways to extract minerals while reducing environmental impacts and improving safety, known as the Mine of the FutureTMprogramme.

Koodaideri has more than 70 innovations in scope including:

• a digital replica of the processing plant, accessible in real time by workers in the field;
• fully integrated mine automation and simulation systems;
• advanced automation including an automated workshop, and;
• numerous data analytics capabilities and control loops to optimise production and reduce downtime.