Rio Tinto exits coal with $2.25 billion sale of Kestrel mine 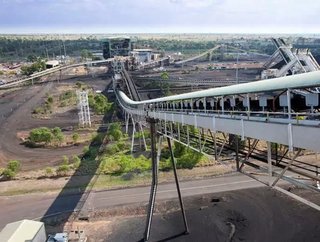 Its official, RioTinto has completed its exit strategy from the coal market, agreeing to sell its final coal asset. The Kestrel Mine, located in the Bo...

Its official, Rio Tinto has completed its exit strategy from the coal market, agreeing to sell its final coal asset.

The Kestrel Mine, located in the Bowen Basen, was the final coal asset that Rio Tinto was looking to sell and in an announcement this week it revealed that an agreement has been reached.

EMR Capital and Adaro Energy, an Indonesian listed coal company, have entered into an agreement with Rio Tinto for the sale of its entire 80% stake in the Kestrel underground coal mine in a deal worth $2.25 billion.

Rio Tinto chief executive J-S Jacques said “The sale of Kestrel, together with the announced divestments of Hail Creek and our undeveloped coal projects, delivers exceptional value to our shareholders and will leave our portfolio stronger and more focused on delivering the highest returns through targeted allocation of capital.

“I would like to thank the many people at Rio Tinto and the communities where we operate, whose hard work and commitment has contributed to the success of the coal business over many years. I wish them continued success under new ownership.”

The news follows the company’s sale of the Winchester South Mine to Whitehaven and the Hail Creek and Valeria projects to Glencore in deals worth $200mn (Winchester) and $1.7bn (Hail Creek & Valeria.)

It will bring the total amount achieved from the recent divestments of Rio Tinto’s Queensland coal assets to $4.15 billion.