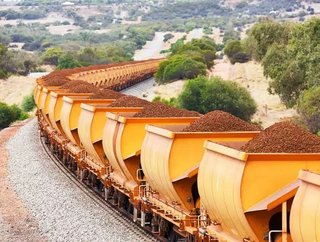 Australia is undergoing something of a “mini mining boom” a new report has revealed, following a huge increase in estimated export earnings from the...

Australia is undergoing something of a “mini mining boom” a new report has revealed, following a huge increase in estimated export earnings from the LNG and resources sectors.

A new report from the Federal Government’s Office of the Chief Economist, the estimated export earnings for the financial year looks set to hit $214 billion.

This record high has been driven by growing LNG and iron ore export volumes. In 2018–19, prices are expected to weigh more heavily on export earnings, which are forecast to decline to $200 billion.

Australia’s resources and energy export volumes are expected to continue to grow at a robust pace over the next two years, driven by LNG and, to a lesser extent, iron ore.

Looking specifically at iron ore, Australia’s iron ore export earnings grew by 31 per cent to $63 billion in 2016–17, but are forecast to fall to $52 billion in 2018–19, as the impact of lower prices more than offsets growth in volumes.

“Continued moderation in Chinese steel production, coupled with increased supplies from both Australia and Brazil, are expected to weigh further on iron ore prices over the next two years. Coal prices — both thermal and metallurgical — are also forecast to weigh heavily on Australia’s export earnings in the next two years, due to rising global supply and moderating demand.”

The value of Australia’s aluminium exports is forecast to increase by 19 per cent in 2017–18, to $3.8 billion, driven by high prices and stable export volumes.