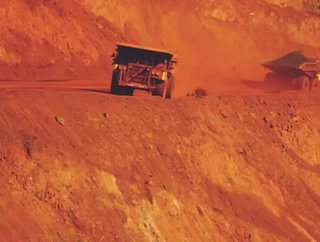 Construction has started at a $4.9 billion iron ore mine in Western Australia. BHP Billiton has officially started work on the construction of the com...

Construction has started at a $4.9 billion iron ore mine in Western Australia.

BHP Billiton has officially started work on the construction of the company’s South Flank Mine, located in the Pilbara, Western Australia.

The company turned the first sod on the site this week, as it targets the first ore production for 2021.

South Flank will fully replace production from the company’s 80Mtpa Yandi mine, which is approaching the end of its economic life.

The project revolves around the expansion of existing infrastructure and will see the construction of an 80 Mtpa crushing and screening plant, an overland conveyor system, stockyard and train loading facilities procurement of new mining fleet and substantial mine development and pre-strip work.

Earlier this year, the BHP Board officially approved an initial US$2.9billion capital expenditure for the project.

BHP to sell Cerro Colorado Mine in Chile for $320 million

“The project will create around 2,500 construction jobs, more than 600 ongoing operational roles and generate many opportunities for Western Australian suppliers. It will enhance the average quality of BHP’s Western Australia Iron Ore (WAIO) production and will allow us to benefit from price premiums for higher-quality lump and fines products.”

First ore from South Flank is targeted in the 2021 calendar year, with the project expected to produce ore for more than 25 years.