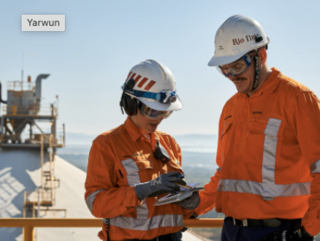 Bullying and sexism are ‘systemic across Rio Tinto’s worksites’, according to a comprehensive external review of its workplace culture.

Respondents in Iron Ore (52%), Commercial (50%) and Aluminium (49%) reported the highest levels of bullying, with women working on Fly In, Fly Out/Drive in, Drive Out (FIFO/DIDO) (56%) or residential operating assets (58%) more likely to experience bullying than their male colleagues (45% and 51% at FIFO/DIDO and residential sites respectively).

The report, which was carried out by former Australian Sex Discrimination Commissioner Elizabeth Broderick, also identified disturbing findings of harassment, racism and other forms of discrimination throughout the company. Rio Tinto said it will implement all 26 detailed recommendations, focusing on three areas:

The review found 28.2% of women and 6.7% of men have experienced sexual harassment at work and 21 women reported actual or attempted rape or sexual assault.

Racism is “common across a number of areas,” with the survey indicating people working in a country different to their birth experienced high rates of racism, and that 39.8% of men and 31.8% of women who identify as Aboriginal or Torres Strait Islander in Australia experienced racism.

Rio Tinto Chief Executive Jakob Stausholm said: “The findings of this report are deeply disturbing to me and should be to everyone who reads them. I offer my heartfelt apology to every team member, past or present, who has suffered as a result of these behaviours. This is not the kind of company we want to be.”

He added that he felt shame and enormous regret to have learned the extent to which bullying, sexual harassment and racism are happening at the company.

“I am determined that by implementing appropriate actions to address the recommendations, and with the management team’s commitment to a safe, respectful and inclusive Rio Tinto in all areas, we will make positive and lasting change and strengthen our workplace culture for the long term,” he said.

The report also found there is strong appetite for cultural change within the company, including at senior leadership levels, and that there was a visible shift in attitudes and behaviour over the last 12 months.

Broderick said this report is not a reason for reduced confidence in Rio Tinto.

“By proactively commissioning this study, one of the largest of its kind within the resources industry, it demonstrates a very clear commitment to increased transparency, accountability and action. The high levels of confidence among employees that a significant impact can be made in the next two years are an encouraging sign that change can happen,” she said.

“In my interactions with the Rio Tinto leadership team, I have observed a strong desire for transformational change, as well as to make positive contributions to the societal shifts that we need to see. There is clear recognition, however, that new approaches are needed to solve these issues.”

The report was informed by research that shows lasting cultural change can only happen through engaging with people who have been impacted by harmful behaviours, allowing them to share their stories and design solutions together to prevent a recurrence.

It set out to understand the prevalence of bullying, sexual harassment and racism within the company, to understand people’s individual experiences and to determine the most appropriate and effective approaches for prevention.