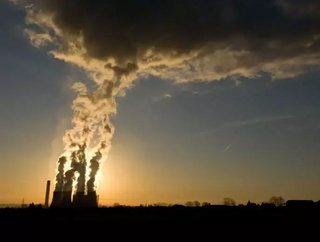 "Coal is here to stay" That’s the message from the CEO of Minergy Limited, Andre Boje - a Botswana-based emerging coal mining company. 41% of the wo...

"Coal is here to stay"

41% of the world's electricity is currently fuelled by coal, with usage expected to remain at similar levels over the next 30 years, and with rising prices and a high demand for coal in southern Africa, Boje believes that it is vital that coal is not overlooked in the ever-increasing competitive energies market.

Boje said: “Coal is here to stay for the foreseeable future. There is high demand for coal in southern Africa, and it is likely to remain the most affordable fuel for power generation in many developing and industrialized countries for decades.

“Years of little or no investment in new coal projects has limited supply, yet demand for coal in the southern African region continues to increase, with prices escalating on an ongoing basis. The API4 index price for seaborne thermal coal for export has risen considerably, currently trading at $97 per tonne, an increase of 98% from 2016. Although prices are expected to steady to around $80 per tonne in the next five years, there are significant growth and investment opportunities in the industry.

In December 2017, the International Energy Agency forecast that world demand for coal would reach 5.5 billion tonnes in 2022, up from 5.3 billion tonnes in 2016. The report stated that while renewable energy and nuclear power are the world's fastest growing forms of energy, fossil fuels are expected to continue to meet much of the world's energy demand through to 2040.

Boje, as an advocate for the use of coal, does not see renewables as the enemy. He feels that with cleaner coal technologies, such as high efficiency low emission (HELE) coal technologies that are proven to reduce CO2 emissions from coal by up to 35%, there is evidence to suggest that coal will continue to be one of the main energy providers, particularly in developing nations.

“The coal industry takes its impact on the environment seriously and has developed, and continues to develop, highly effective technologies to tackle environmental challenges, including the release of pollutants. Producing energy invariably leads to some degree of environmental impact, and it is important that we balance concerns for the environment with priorities for economic and social development.

“Putting that into context, it is alarming to consider that 620million Africans still rely on firewood, kerosene and charcoal for cooking, heating and lighting, which consequently causes 600,000 premature deaths annually, that's 1,634 deaths per day as a result of illnesses caused by indoor air pollution. The high usage of firewood and charcoal is also leading to alarming deforestation - Zambia alone loses 250,000 hectares annually.

“Off and on grid renewable energy sources cannot support base load requirements and have been proven unreliable for supply in southern Africa; nuclear energy is prohibitively capital intensive, in Africa significant gas resources are limited to Nigeria and Mozambique, and hydro power is limited by global water shortage.

Minergy plans to list on AIM in the latter part of 2018, as it looks to raise long-term equity finance to fund future growth and enable Minergy to reach its full potential with the Masama Coal Project - a 390Mt (million tonne) opencast, low strip ratio mine in the Mmambula Coalfield, in south west Botswana, 50km north of Gaborone.

Botswana is typically known for its mineral mining industries, but it also has a significant role to play in the seaborne thermal coal market, due to its large, untapped coal resources. Its close proximity to the South African coal export infrastructure, and the high demand for coal in southern Africa, creates an opportunity for Minergy to meet this demand and gain traction in the market.

And it doesn’t end with Botswna.

Once in production, these plants will have a combined capacity of 42.5 GW - eight times the region's current capacity.

Boje concluded: “As a low-cost energy producer, coal, despite its detractors and environmental concerns, makes for an attractive short-to-medium investment case. The availability of coal in developing countries is vital to achieving high rates of electrification, and with 92% of South Africa relying on coal for its electricity supply, the Masama Coal Project represents an exciting opportunity for the development of small to medium scale coal mines in Botswana.”

Minergy owns 100% of the Masama Coal Project with the potential to produce 2.4 Mtpa (metric tonnes per annum) of coal within a year of opening.  The company will focus on delivering high quality coal to the regional market, including Botswana and South Africa, and entering the international seaborne thermal coal export market.