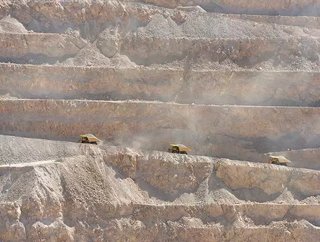 The world’s largest copper producer has been given a boost, as its CEO has committed to the company and will spearhead an aggressive growth and transf...

The world’s largest copper producer has been given a boost, as its CEO has committed to the company and will spearhead an aggressive growth and transformation programme.

Codelco announced in a statement this week, following the first meeting of its Board of Directors and three representatives appointed by the yhe head of state, that the company has “expressed its confidence” in the current CEO Nelson Pizarro.

In the announcement, Codelco stated that it was thankful for “his willingness to continue leading the process of transformation that the company is facing.”

Codelco is the current largest copper producer in the world, with 1.7 million tons produced per year, which accounts for 9% of the world’s copper production.

As part of an aggressive transformation, the company is looking at innovation and revitalising some of its oldest mine projects.

Exclusive: Wealth Minerals – “Chile can be the Saudi Arabia of lithium”

Over the next ten years it will automate the ioeratuion of its mine fleets and processing plants, capture data and actualise efficiencies from the results and continue to redefine its entire operational approach.

The news come off the back of a hugely successful 2017/18 period of production and export, with the company generating around $537 million for the develppment of Chile.

The company also produced 446 thousand tonnes of copper in 2017, accounting for 19% of all South American exports and 1/3 of all copper production.