By Daniel Brightmore
May 06, 2021
undefined mins 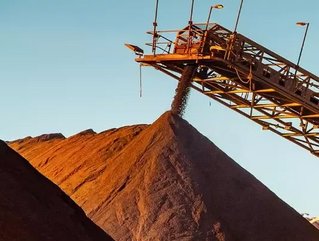 The reopening of major industrial economies is sparking a surge across commodities markets from corn to lumber, with tin climbing above $30,000 a tonne for the first time since 2011 on Thursday.

In the wake of mounting evidence of inflation fuelled by higher raw materials prices, investors are also increasingly focused on when the U.S. Federal Reserve might start throttling back its emergency support.

Many banks say the rally has further to run, particularly for copper, which will benefit from rising investment in new energy sectors. Copper is at the highest in a decade, fueling bets it will rally further to take out the record set in February 2011. Steel demand is surging as economies chart a path back to growth just as the world’s biggest miners have been hampered by operational issues, tightening ore supply.

“The long-term prospects for metals prices are ‘too good’ and point to higher prices in the next few years,” said Commerzbank AG analyst Daniel Briesemann. “The decarbonization trends in many countries, which include switching to electric vehicles and expanding wind and solar power, are likely to generate additional demand for metals.” Benchmark spot iron ore prices rose to a record, while futures in Singapore and China climbed.

The boom comes as China’s steelmakers keep output rates above 1 billion tons a year, despite a swath of production curbs aimed at reducing carbon emissions and reining in supply. Instead, those measures have boosted steel prices and profitability at mills, allowing them to better accommodate higher iron ore costs.

Erik Hedborg, Principal Analyst, Steel at CRU Group commented: “Recent production cuts in Tangshan have boosted demand for higher-quality ore and prompted mills to build iron ore inventories as their margins are on the rise. Iron ore producers are enjoying exceptionally high margins as well, around two thirds of seaborne supply only require prices of $50 /dmt to break even.”

Still, some analysts including Commerzbank’s Briesemann expect a short-term correction as metals become detached from fundamentals. There’s also a risk that China could engage in policies that may cool demand for iron ore and copper.

The metals rally has boosted concerns about short-term Chinese demand. Some manufacturers and end-users have been slowing production or pushing back delivery times after costs surged, while weaker-than-expected domestic consumption has opened the arbitrage window for exports.

Tin climbed as much as 2% to $30,280 a ton on the LME, boosted by rising orders for the soldering metal. Tin is at the highest since May 2011, with a 48% gain this year making it the best performing metal on the LME.