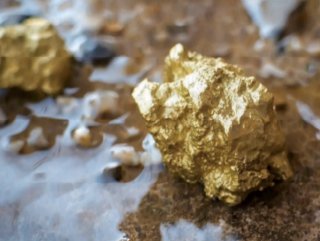 GCM Mining Corp. and Aris Gold Corporation have entered into a definitive agreement under which GCM will acquire all the outstanding Aris Gold shares not already held by GCM.

The resulting entity will be named Aris Gold Corporation and led by Ian Telfer as Chair and Neil Woodyer as CEO and Director, offering a combined gold reserve of 3.8Moz, resource base of 18Moz Measured & Indicated and 7.7Moz Inferred. Joining forces creates the largest gold company in Colombia, with diversification in Guyana and Canada.

Estimated G&A cost savings will be around $10mn per year through the reduction of duplicative public company expenses and rationalising other expenses.

Serafino Iacono, Executive Chair of GCM, said each team has distinctive strengths with GCM being the Colombian leader for responsible, sustainable mining practices.

"Together with Aris Gold's Board and management, the combined group brings a track record of building sizable and successful mining companies; this transaction further diversifies the company's portfolio and reaffirms Colombia as an area of focus." While stepping down from a day-to-day executive role, heI will remain a director and advisor on matters in Colombia. 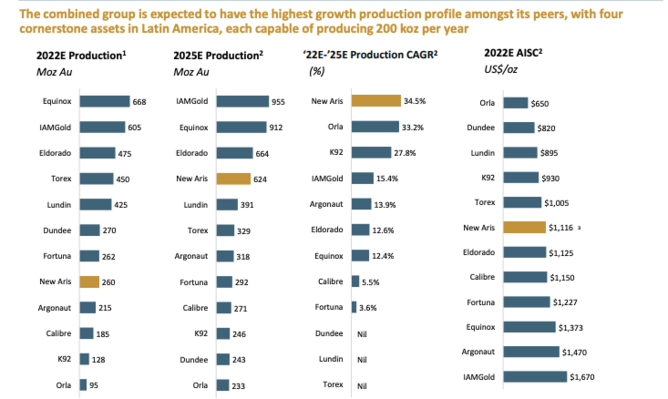 Neil Woodyer, CEO of Aris Gold, said it is building a gold mining business with scale, cash flow, a strong financial position with $397mn cash and $260mn additional committed funding, and a high-'quality' growth pipeline. "Our teams are well known to each other, and together we will optimise the delivery of the growth projects," he said.

The Exchange Ratio was determined at-market giving consideration to the 10-day and 20-day volume weighted average prices on the TSX for each of GCM and Aris Gold for the period ended July 22, 2022.