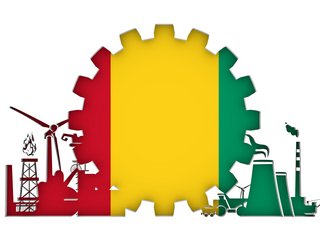 The Republic of Guinea's successful multi-billion euro investment arbitration against BSGR shows States "can prevail against powerful multinational businesses in the fight against corruption", according to a DLA Piper statement.

Global Co-Chair of International Arbitration, Michael Ostrove, said the award was a major victory not only for the Republic of Guinea but for all of Africa.

"The successful outcome also demonstrates once again DLA Piper’s strength in dealing with complex international arbitration matters along with its deep understanding of and commitment to the African market," he said.

"We could accomplish this result only because of our ability to work closely with devoted colleagues in Guinea in addition to our international arbitration colleagues around the world."

In a landmark award issued on May 18, the ICSID tribunal rejected BSGR's claims in their entirety. BSGR, whose ultimate beneficiary is Israeli diamond billionaire Beny Steinmetz, had argued that the State had expropriated its mining rights in Simandou and the adjacent Zogota deposit.

The tribunal fully adopted the Republic of Guinea's position that BSGR had acquired its rights through an extensive bribery scheme implemented primarily between 2006 and 2010.

The tribunal was convinced by the overwhelming evidence gathered by the Republic of Guinea, including contracts of corruption, evidence of payments of millions of dollars to various intermediaries, as well as audio and video recordings of key individuals, all taking place over several continents.

Prior to the arbitration, DLA Piper led the investigation into BSGR’s acquisition of its contested rights. The investigation involved unprecedented cooperation between Guinean, Swiss, American, Israeli and other criminal authorities.