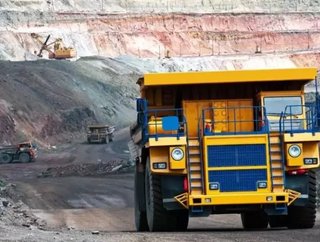 With first quarter profit tallies wrapping up, Grupo Mexicos Mining Division has reported a 39 percent drop in overall net income, even as the companys...

With first quarter profit tallies wrapping up, Grupo Mexico’s Mining Division has reported a 39 percent drop in overall net income, even as the company’s copper, molybdenum, silver and gold production increased throughout the quarter. This respected metals miner and railroad operator totaled a still impressive $21.8 billion in net revenue; however this total was more than 11 percent less than its previous year. Upon further insight into Grupo Mexico’s disappointing first quarter, industry experts are revealing how the organization was able to increase productivity while losing overall net income.

Adding to these already unfortunate records, the company has reported an astounding 43 percent decrease in gold sales, 28 percent in silver sales and a slight decrease in copper sales as well. Industry experts and company executives are baffled by the changes, hovering around the prevailing question: with increased production, how did Grupo Mexico come up short this quarter? The answer to this industry-wide question has manifested itself in three major areas of the mining activity: the increased movement of ore, improved grades and recovery initiatives and the increased sales of copper, moly, zinc and sulfuric acid.

In the search to understand how the mining industry’s improved grades and recovery affected production, gold and silver were showcased as its best examples. Silver production boomed 8 percent to 3.79 million ounces in this year’s first quarter alone when compared to the previous year. This jump resulted from heightened activity at the Cuajone and Buenavista mines, which was a direct result of the quarter’s improved recovery initiatives. Additionally, gold production rose 2 percent from the previous year, again due to improved grades and recovery initiatives, as well as increased production at the Toquepala mine.

Reuters reports that, “The company's  [Grupo’s] production of copper, which accounts for 82 percent of Grupo Mexico's mining division revenue, increased 5 percent compared with the year-earlier period.” Also increasing to 5,606 tons, Grupo’s moly production was up 17 percent in the first quarter of this year, compared to the previous 4,810 tons from the first quarter of 2013, in addition to the organization’s increased copper production of 204,743 tons, jumping 5 percent from the previously recorded year.

After suffering a flood at one of its most profitable mines, the company knew production was going to be in flux. Grupo Mexico also released a comment on this issue concerning its increased zinc production, which rose 11 percent, stating, “[the increase] is a result of uninterrupted production at Santa Eulalia after restarting operations due to flooding,” said Grupo.

The apparent disconnect between Grupo’s increased production and lack of sales present a classic case of supply and demand imbalance, which unfortunately resulted in an overall loss for Grupo’s net revenue; however the organization is already investing in recovery measures for its future. Bouncing back from the flood of the Buenavista mine, which impacted 22,000 metric tons of production, and this quarter’s unfavorable profit tallies, the company seems to be charging full-steam ahead with its recent investments for the remainder of the year. Just recently, the Grupo Mexico Board of Directors announced an approved capital investment of $2.5 billion for its mining division.