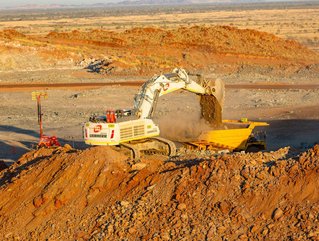 A non-binding, conditional and indicative proposal suggested that NRW would acquire all shares in construction and mining contractor MACA

MACA Limited, the publicly listed, Australian international contracting group that provides services to the mining, infrastructure and construction sector industries, has said that it has determined that a non-binding, conditional and indicative proposal from NRW Holdings, is not superior to a cash offer it has received from Theiss Group Investments.

In a statement, MACA said that it had concluded its assessment of the NRW offer, which proposed that the Perth-based construction and mining contractor would acquire all the shares in MACA by way of scheme of arrangement. Having taken professional advice and liaising confidentially with NRW, the MACA board unanimously decided that the NRW Indicative Proposal was not superior to the existing conditional off-market takeover offer from Thiess Group, which was to acquire all MACA shares.

The board explained that the key reasons for the decision were:

Consideration: The NRW Indicative Proposal contemplates that only 50% of the aggregate consideration payable to MACA shareholders as a whole will be in cash. Consequently, the value ultimately to be delivered to MACA shareholders is uncertain given that the NRW Indicative Proposal does not lock in the script component at a certain price, but rather it will fluctuate with changes in the NRW share price from time to time.

Uncertainty of funding: The NRW Indicative Proposal indicated that the cash component of the consideration for MACA shares was not funded. NRW has provided a financier's "letter of interest", specifying that debt funding commitments are subject to due diligence and formal credit and underwriting approvals.

NRW's (and its financier's) due diligence requests of MACA included requests for commercially sensitive and contractually confidential information. NRW is a competitor of MACA.

Notwithstanding the concerns in relation to the NRW Indicative Proposal, MACA informed NRW that if NRW could remove or reduce the risks that the NRW Indicative Proposal asked MACA shareholders to assume and increase the total consideration offered, then MACA considered that there was a basis for further discussion and would have welcomed such discussion. The MACA Board did not state (as alleged in the NRW Announcement) that MACA "does not propose to engage in further discussions in respect of the Merger Proposal in the form presented".

Consequently, the directors of MACA decided not to change their recommendation that shareholders accept the Thiess Cash offer, in the absence of a superior proposal and subject to the Independent Expert concluding – and continuing to conclude – that the Thiess Cash Offer is fair and reasonable (or not fair but reasonable) to shareholders.

The contractor added that it was in the process of preparing its target statement in relation to the Thiess Cash offer – this will include an Independent Expert’s report and its conclusion and is expected to be made available by late August 2022 to shareholders.