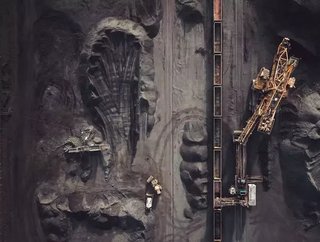 A multi-asset energy company in Africa, developing a significant coal to power plant, has been recommended for a hugely important mining licence. The M...

A multi-asset energy company in Africa, developing a significant coal to power plant, has been recommended for a hugely important mining licence.

The Mbeya Coal Mine, which comprises the mining component of the Mbeya coal to Power Project (“MCPP”), has been recommended for grant of a Special Mining Licence from the Mining Commission of Tanzania.

Kibo has now also submitted the request to the Tanzania Electricity Supply Company (“TANESCO”) asking for further clarification on the impact / affect the tender process for coal power projects may or may not have on its ongoing Power Purchase Agreement (“PPA”) negotiations with TANESCO in respect of the Company’s MCPP in the Songwe district in South Western Tanzania.

Louis Coetzee, CEO of Kibo, said, “Receipt of the Special Mining Licence will be a further box ticked in the MCPP’s development plan. Whilst timelines could be affected by TANESCO’s recent initiation of a tender process, the strong fundamentals of the project remain unaffected: the MCPP is a key energy project positioned to help alleviate Tanzania’s acute power deficit,”

“With local, governmental and international support, we remain focused and confident on advancing the project through the very last steps of the planning and development phase to first power production. We believe we remain firmly on course to deliver the MCPP and our two other utility scale projects in Botswana and Mozambique respectively.”

Special Mining Licences are awarded to projects with a capital expenditure requirement in excess of $100 million, following production of a positive feasibility study and meeting all other criteria. They are issued for the life-of-mine, which in Mbeya’s case is 25-32 years.

The Mbeya Coal to Power Project (‘MCPP’), comprises the development of the Mbeya Coal Mine, a 1.5Mt p/a mining operation and the Mbeya Power Plant, a 300 MW mine-mouth thermal power station.