By Daniel Brightmore
May 02, 2021
undefined mins 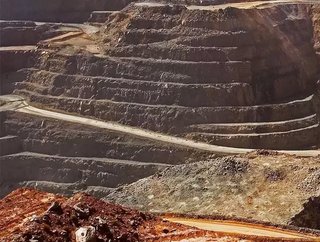 Copper may be flirting with record highs but the metal is far from peaking as the energy transition revs up, according to Newmont Corp. Chief Executive Officer Tom Palmer.

Futures hit $10,000 a metric ton on Thursday for the first time since 2011 as mines struggle to keep up with surging demand. Newmont, the world’s largest gold producer, is increasing exposure to copper through several “mega projects,” Palmer said on an earnings call.

Even if just one materialises, copper will account for 15-20% of the company’s total output by the end of the decade, he said.

“I’m pretty excited about having good exposure to copper at that time when the world is going through the energy transition,” Palmer said on an interview with Bloomberg TV following the earnings call:

“Copper’s got a pretty good story in front of it. I think its day in the sun is more towards the end of this decade.”

The copper push doesn’t mean Palmer has a downbeat view on gold. He sees bullion prices holding their current “very healthy levels” or even moving higher given fiscal and monetary stimulus. India should remain one of the key sources of demand after the country recovers from the Covid-19 tragedy, Palmer said.

Palmer was speaking on the day Newmont released solid first quarter results for 2021: