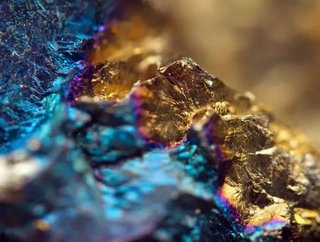 An independent, fully empowered, mid-tier integrated PGM producer in South Africa has completed the R175m acquisition of a significant platinum mine. N...

An independent, fully empowered, mid-tier integrated PGM producer in South Africa has completed the R175m acquisition of a significant platinum mine.

Northam Platinum, through its strategy of acquiring new mines to advance its PGM portfolio across South Africa, has officially finalised the acquisition of the Eland platinum mine from Glencore Operations South Africa.

The acquisition, a cash consideration for R174 million, will secure full ownership of the Eland mine and infrastructure located in the North West Province of South Africa.

The mine will be operated through Eland Platinum, a wholly-owned subsidiary of Northam, on a fully integrated mine to market basis.

Commenting on the finalising of the acquisition, Paul Dunne, Northam’s Chief Executive Officer, said: “Northam is well advanced in developing its mine plan for Eland and is looking forward to recommissioning the mine to unlock the potential of this large, shallow resource with fully developed infrastructure,”

The Eland project will become the company’s third primary operating asset, with the Zondereinde and Booysendal PGM mines in the South African Bushveld Complex.

The Zondereinde mine has been operational since 1993, and continues to produce 280,000oz of PGMs annually.

The Booysendal North mine comprises both a UG2 and Merensky module, which is anticipated to yield an additional 30 000 ounces (on top of the current 160,000oz) by 2018.

The Booysendal South mine initially comprises the development of two UG2 and one Merensky mining modules producing 215 000 ounces by 2021.