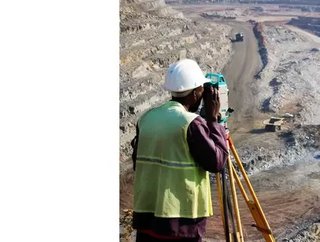 Completion of initial work program is part of an earn-in and joint venture agreement signed in April...

Rio Tinto Mining and Exploration has completed the Initial Work Program Phase of the earn-in and joint venture agreement on Midnight Sun’s Solwezi Licenses in Zambia, incurring project expenditures in excess of £2.23 million.

Under the ensuing Stage 1 of the Earn-In Agreement, Rio Tinto may earn a 51 percent interest the Solwezi Liceneses by incurring a further £12 million of project expenditures within four years, as well as making cash payments to Midnight Sun, according to a Midnight Sun statement.

During the initial work phase, Rio Tinto complied all the available Solwezi License data produced by Midnight Sun and prior operators into their management systems and completed additional field work. The goal of the work was to strengthen their geological understanding of the Solwezi Licenses and further delineate exploration targets on the licenses, the statement explains.

“I am very pleased to see the attention Rio Tinto is giving this project. Under the terms of the Earn-In Agreement, Rio Tinto had two full field seasons to complete the Initial Work Program and they completed the program in a matter of months. Now, without any interruption in field work, they have elected to continue on to the next phase of the earn-in," says Al Fabbro, President and CEO of Midnight Sun.

During the Initial Work Program, the majority of the field work undertaken by Rio Tinto was focused in the area around the 22 Zone and includes:

The Solwezi Licences consist of two individual exploration licences totalling 506sqkms, situated in the North-Western Province of Zambia on the prolific Zambia-Congo Copper Belt and next to Africa’s largest copper mining complex, First Quantum’s Kansanshi Mine.

In October, Midnight Sun and Rio Tinto announced all subjects and conditions relating to a previously announced earn-in and joint venture agreement between the two companies had been removed, with the agreement receiving final approval from the TSX Venture Exchange.

Under the terms of the agreement, Rio Tinto can earn up to a 75 percent interest in Midnight Sun’s Solwezi Licences.