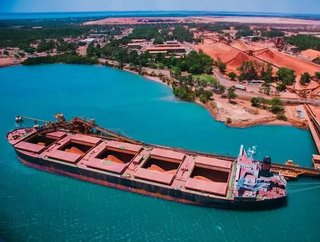 The global mining giant released its Q4 production results, which revealed the company to have had a hugely successful 2017.

The company’s Pilbara assets, some of the most significant mining projects in the world, saw shipments of iron ore total 90 million tonnes in the fourth quarter, 3% higher than the previous year.

Rio Tinto chief executive J-S Jacques said “The business performed well in the fourth quarter, and we finished the year in line with guidance across all major products. We shipped 90 million tonnes of iron ore from our world-class Pilbara assets, a record quarter which demonstrates the system’s growing flexibility,”

“In 2017 we announced over $8 billion of cash returns to shareholders and continued to reshape the portfolio. Our focus on value over volume and mine-to-market productivity, along with disciplined allocation of cash, will ensure that we continue to deliver superior shareholder returns in the short, medium and the long term.”

Other highlights include an increase in bauxite production (6% high than 2016) to 50.8 million tonnes, aluminium production of 3.6 million tonnes remaining true to the company’s guidance figures, and Titanium dioxide slag production of 1.3 million tonnes was 25 per cent higher than 2016, reflecting increased market demand, with strengthening pigment prices supported by low inventory and tight supply.

As the company heads into 2018, it will look to streamline its portfolio and extract added value. This comes following the announcement that Rio Tinto has entered into an agreement with Liberty House to sell its Dunkerque smelter in Northern France for $500 million.

The proposal received from Liberty House, which acquired Rio Tinto’s Lochaber Smelter and assets in Scotland in December 2016, includes plans for the modernisation of the site.

Rio Tinto Aluminium chief executive Alf Barrios said “The binding offer for the sale of Aluminium Dunkerque represents the best option for the future development of the site while also delivering value for Rio Tinto as we continue to streamline our portfolio.

“Liberty House has a track record of investing in similar assets, which should secure a long-term sustainable future for Aluminium Dunkerque and continued economic benefit for the wider community”.