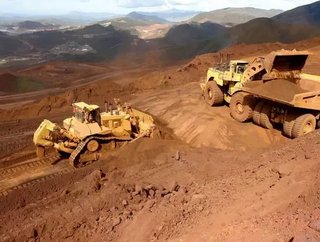 The developers of the largest and most advanced platinum group metals project has officially listed on the London Stock Exchange (AIM). Jangada Mines h...

The developers of the largest and most advanced platinum group metals project has officially listed on the London Stock Exchange (AIM).

Jangada Mines has announced that it is officially commenced trading ordinary shares on AIM effective immediately, with a market cap of around £9.9million.

The platinum project, Pedra Branca PGM Project in Brazil, looks set for a commercial production at an initial rate of 30,000 ounces per annum within the first 12-18 months following a period of admission.

The Project was previously owned by Anglo American Platinum. During that time, extensive historical exploration and development expenditure took place of around US$35 million.

Brian McMaster, Executive Chairman of Jangada said, “As the largest and most advanced PGM project in South America, the Pedra Branca Project is a unique opportunity.  Our extensive understanding of the Project and the region, given the historical work undertaken in tandem with key fundamentals including its location in a stable country with an established mining code, the simple low-cost processing operation planned and rapid route to production, all point towards an exceptional PGM opportunity.

“Jangada intends to hit the ground running.  We have an exciting time ahead and we look forward to updating Shareholders on our progress as we implement our development plan for the Project.”

The company is aiming to establish a low cost, low capex open pit mine, with a target to produce 30,000 oz/annum by the end of 2018 from three existing mining licences with mineralisation commencing at surface.

Additionally, the company owns a further 44 exploration licences spanning 55,000 hectares, which have significant upside potential for PGM, nickel, copper, chrome, rhodium, gold, and vanadium.  The team has a wealth of experience, not only of the Project but of mining in South America across a range of commodities.