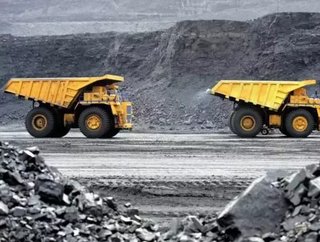 This second draft reflects the input from more than 70 organisations and individuals worldwide, including industry and technical experts. Additionally, in October 2015 and March 2016, IRMA conducted two field tests of the Standard for Responsible Mining through simulated mine audits in the United States and in Zimbabwe. Auditors hired by IRMA reviewed company documentation, made first-hand observations at the mine site, and conducted interviews with company representatives and other stakeholders to verify the requirements in the standard are clear, practicable, and measurable.

With growing awareness and demand for ecologically and socially-responsible products, companies such as jewellers and electronics businesses have sought assurances that the minerals they purchase are mined responsibly. Joan Krajewski, General Manager, Compliance and Safety, Microsoft, commented: “Microsoft believes that fairly applied global mining standards such as outlined in the Standard for Responsible Mining are key to helping solve labour, human rights and environmental issues at the far reaches of industry’s supply chains. Collaborative initiatives like these can help improve practices associated with mining of metal ores at their source, which is why we work closely with and support IRMA.”

Alan Knight, General Manager, Head of Corporate Responsibility at ArcelorMittal, added: “ArcelorMittal believes that, although challenging and rigorous, the Standard for Responsible Mining is possible to implement over time. It serves as a credible multi-stakeholder tool to allow participating mines to differentiate themselves as leaders in environmental and social responsibility. We commend the addition of a scoring tool that allows mines at all levels to demonstrate continuing improvement in the areas of environmental and social responsibility.”

The Standard for Responsible Mining’s best practice requirements for mining include elements such as health and safety for workers, human rights, community engagement, pollution control, mining in conflict-affected areas, rights of indigenous peoples, transparency in revenue payments from companies to governments, and land reclamation once mining is done.

Stakeholders are invited to participate in this next round of feedback and input. After the 5 June comment deadline, the Steering Committee will make another set of revisions to the draft Standard for Responsible Mining and release the final standard in late 2016.