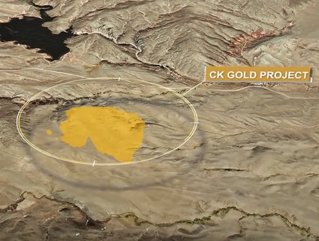 US Gold Corp believes it can safely mine the CK Gold Project over a number of years with minimal impact, and leave a 'lasting positive legacy'.

US Gold Corp. believes it can safely mine the CK Gold Project over a number of years with minimal impact and leave a 'lasting positive legacy'.

It made the statement after updating on its permit applications to the Wyoming Department of Environmental Quality (WDEQ) and the Office of State Lands and Investments.

The permits applications currently being finalised for presentation to the state authorities include:

The CK Gold Project, seeking to recover copper, gold and silver bearing minerals, will be an open pit mine utilising similar equipment and techniques to that employed at the Granite Canyon quarry, some three miles to the south of the project, with a $323mn pre-tax net present value.

Pre-feasibility studies indicate 1.58mn geo of measured and indicated resources and 1.44mn geo of proven and probable (P1 and P2) reserves. US Gold Corp has earmarked 135,000 geo per year for the first three years.

Once mined, the copper, gold and silver bearing minerals is expected to be processed into a concentrate, which will then be shipped off site to a smelter for further extraction and eventual sale. 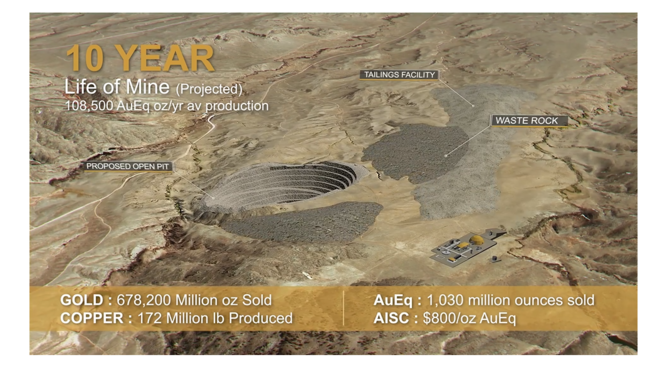 Rock extracted from the mine that does not contain copper, gold and silver will be used to stabilise the tailings storage facility for the long-term, and other infrastructure.

The spent material from the mine concentrator (tailings) will be filter-pressed to extract water that is reused in the plant, and the tailings mechanically stacked into a storage facility.

Upon completion of stacking, the tailings storage areas will be contoured and revegetated, returning the ground surface to grazing land and wildlife habitat. The project does not plan to employ a conventional tailings dam, will focus on the conservation of water, will not have a smelter or refinery on site, and will not use toxic chemicals often associated with gold extraction.

Similar to the quarrying operation 3-miles to the south of the project, the rock excavated will need to be blasted for removal from the mine. The Company has considered the impact of blasting operations and brought in an expert to assess whether blasting can be conducted safely and without harmfully impacting nearby locations.

Desktop studies show that there will be no noticeable impacts around the project and little evidence of the activity beyond the actual sound from the blast at prescribed times of the day, occurring several times a week during operations.

To ensure that the studies are correct, a local company drilled two shallow holes and set off some 300 pounds of explosives in each hole. Geophones monitored the ground vibrations from the blast developing "signature waves" to verify the assumptions about the ground and rock mass surrounding the project.

The geophones were placed at intervals up to 1200 feet from the blast to measure its effect. The data is being used to confirm the findings that blasting can occur at the project without damage to property or infrastructure.

George Bee, President & CEO said it is going to great lengths to ensure its permit applications are complete and well prepared, considering all aspects of the impact from the CK Gold Project.

"As previously disclosed, we have also commissioned independent studies through the University of Wyoming Center for Business and Economic Analysis to look beyond the purely environmental impacts to independently assess the positive effects on the community through the creation of jobs and the taxes levied," he said.

"We believe that we can safely mine the CK Gold Project over a number of years with minimal impact, and leave a lasting positive legacy that will endure for the long-term."