Week in Review: The Latest and Greatest Stories to Hit the Mining Industry 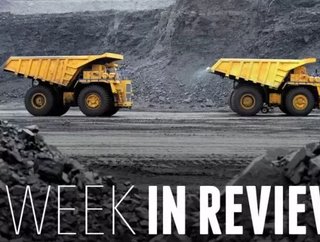 FEATURE: How Susceptible is the Mining Industry to IT Security Risks?The last few years has seen an influx in technological advances for the mining indu...

FEATURE: How Susceptible is the Mining Industry to IT Security Risks?

The last few years has seen an influx in technological advances for the mining industry. Companies like Rio Tinto and BHP Billiton are leveraging innovative equipment such as autonomous vehicles and simulation technology to their advantage. However, the one emerging problem no one is paying attention to is breach of information.

The mining industry is a labor-intensive profession. It requires long hours, remote locations and some of the most dangerous conditions possible. The financial benefits, however, are astonishing.

Newmont Mining Corp (NYSE:NEM) has called off its arbitration filing with the Indonesian government, signifying a resolution to the seven-month dispute is near.

Anglo American (LSE:AAL) (JSE:ANGLO) has released a visual update on the development of itsMinas-Rio iron ore project in Brazil. The video showcases the progression of the mining operation from November 2013 until July 2014 as well as reveal the current state of construction on the project.

In the mining sector, drilling and blasting requires immense knowledge, experience and skill set.  It’s an art form that takes years to perfect.

Mining services company Sandvik Mining has launched new software to optimize drilling and blasting, making it easier for miners to streamline the process.

The majority of equipment in the mining industry is massive. In fact, it’s enormous. Mining equipment is typically so big it must be assembled on site in various stages, often taking weeks to construct.

Operations need to run smoothly and economically with little or no downtime to be successful. Unplanned equipment breakdown can often be the most timely, and expensive, setbacks for mining companies.

Adani Group Agrees to Buy Out Linc Energy for $145 Million

The deal means Linc will walk away from a royalty of $2 per ton of coal over the first 20 years of the production at the mine.