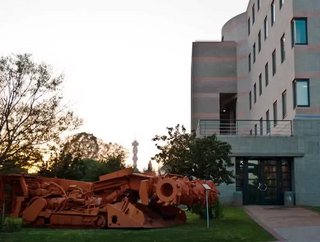 An African mining school of engineering has become the first African institute to be named amongst the top 50 leading mining university’s in the world...

An African mining school of engineering has become the first African institute to be named amongst the top 50 leading mining university’s in the world.

The School of Mining Engineering at the University of Witwatersrand has been named as the 15th “top” university in the 50 leading mining engineering skills worldwide, as compiled by Qs World University Rankings.

A significant rise from its 2017 ranking, where the school appeared at 22nd, it also becomes the highest ranked school at the Wits University.

And, as a further accolade, the School of Mining Engineering at the University of Witwatersrand is the only mining engineering school in Africa to feature in the top 50.

“It is extremely encouraging to earn this recognition, in light of our ongoing efforts to keep our school at the leading edge of learning and research,” says Head of School Professor Cuthbert Musingwini.

Centre for sustainability in mining - a culture of change

With about 800 undergraduate and postgraduate students – about 15% of them from countries outside South Africa – the school is the largest mining engineering programme in the English-speaking world.

The QS World University Rankings name the world's top universities in 46 different subject areas and five composite faculty areas. It is the only international ranking recognised by the International Ranking Expert Group.