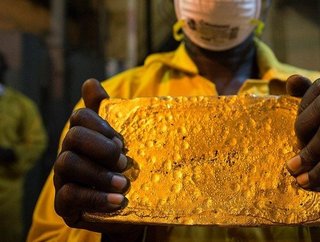 Everything you need to know, including stats, facts, and financial outlooks, about the top 21 gold mining companies

Everything you need to know, including stats, facts, and financial outlooks, about the top 21 gold mining companies

Gold mining is big business. The industry is a billion dollar a year commerce with copious amounts of future output. And while there is hundreds of companies every year that venture in to gold mining, very few of those succeed, if any. It takes an extraordinary amount of financial backing along with the resources and know-how to make it in the industry.

As the biggest names in the industry along with a ravenous appetite for gold, here is everything you need to know about the top 21 gold mining companies.

When it comes to gold mining companies, there is simply no one bigger than Barrick Gold Corporation. Headquartered in Toronto, Canada, the company operates 26 gold mines around the globe and has four regional business units located in Australia, Africa, North America and South America. With a vision to be ‘the world’s best gold mining company’, Barrick is right on track with expectations.

US based Newmont Mining is the second largest gold producer in the world. The company is engaged in the acquisition, exploration, and production of gold and copper properties around the world, including U.S., Australia, Peru, Indonesia, Ghana, Canada, New Zealand Mexico. Newmont is the first gold company to be a part of the S&P 500 Index and Fortune 500. The company has long been rumored to be in talks with Barrick Gold Corporation for a possible merger deal.

Headquartered in South Africa, AngloGold Ashanti is the third leading gold producer in the world. Formed in 2004 by the merger of AngloGold and the Ashanti Goldfields Corporation, the company has 21 operations in 11 countries, including U.S., Tanzania, South Africa, Namibia, Mali, Guinea, Ghana, Brazil, Australia and Argentina.

Newcrest Mining Limited is an Australia based gold producer with mining operations in Australia, Papua New Guinea, Indonesia and Cote d’Ivoire in West Africa. Although the company’s history dates back to 1921, the company official became Newcrest Mining Limited in 1990 is the largest gold mining company in Australia. The company’s current operations include Cadia Valley Operations, Telfer, Gosowong, Lihir, Hidden Valley and Bonikro.

Active mines: 9 in North and South America, Russio and Africa

Yamana Gold is one of the youngest and leading gold producers in the world. Based in Toronto, Canada, the company engages in gold production, exploration activities and land positions with operations in Brazil, Argentina, Chile, Mexico and Colombia. Yamana has seven operating mines which include: Chapada, Jacobina and Fazenda Brasileiro in Brazil, El Penon and Minera Florida in Chile, Gualcamayo in Argentina and Mercedes in Mexico. The company was founded in 2003 by Peter J. Marrone.

Gold Fields Limited is the fourth largest gold mining company in the world. Formed in 1998 and headquartered in Johannesburg, South Africa, the company owns and operates eight mines in Australia, Ghana, Peru and South Africa. Gold Fields is primarily engaged in underground and surface gold mining with an extensive array of global programs aimed at gold exploration and development.

Founded in 2006 and headquartered in Moscow, Russia, Polyus Gold is the first Russian company to make our list. The company is the largest gold producer in Russia with operating mines and projects n five major gold mining regions of Russia – the Krasnoyarsk territory, the Irkutsk, Magadan, Amur regions, the Republic of Sakha (Yakutia), as well as in the Republic of Kazakhstan, Romania and Kyrgzstan. Polyus Gold holds the world’s third largest gold reserves with over 90 million ounces of proven and probable gold reserves.

Eldorado Gold Corp is a Canadian-based company that owns and operates gold mines. The company specializes in exploration, development, production and reclamation of gold properties with operations in seven mines throughout Turkey, China, Greece, Brazil and Romania.

Sabina Gold & Silver Corp. is a precious metals company engaged in acquisition, exploration and development of mineral resource properties. The company has three operating mines in Canada. On January 17, 20012, the company acquired 100 percent of the Newman-Madsen project by purchasing Premier Gold Mines Ltd’s 50 percent interest. The company is adamantly working to becoming a mid-tier gold producer. Sabina Gold & Silver Corp. was incorporated in 1966 and is headquartered in North Vancouver, Canada.

Pilot Gold, Inc. is a gold discovery and exploration company, which is engaged in the acquisition, exploration and development of mineral properties. It has interest in the TV Tower and Halilaga projects in Turkey, and the Kinsley Mountain project in Nevada. The company was founded on November 18, 2010 and is headquartered in Vancouver, Canada.

2014 Outlook: 12 additional projects in the pipeline in turkey, Nevada, and Peru.

Headquartered in Toronto, Canada, IMGOLD Corp is a mid-tier gold mining company with exploration efforts in copper, gold, silver, niobium, diamonds and zinc. The company has operations in West Africa, South America and in Canada provinces of Ontario and Quebec. Its gold projects include Essakane, Rosebel, Westwood, Mouska, Niobec, and Cote. IMGOLD Corp was founded in 1990 by William D. Pugliese and Mark I. Nathanson.

2014 Outlook: Reduced costs by $100 million in 2013 and are continuing to look for further reductions next year.

Compañía de Minas Buenaventura SAA is engaged in the mining, processing, development, and exploration of gold, silver and other metals and minerals. It also offers electric power transmission, engineering, design, and construction consulting services. It operates several mines in Peru namely, the Uchucchacua, Orcopampa, Julcani, Recuperada, Antapite, and Ishihuinca mines. The company was founded by Alberto Benavides de la Quintana in July 1953 and is headquartered in Lima, Peru.

New Gold Inc. is a natural resource exploration and development company engaged in the acquisition, exploration and development of natural resource properties. The company's operating assets consist of the New Afton Mine in Canada, the Cerro San Pedro Mine in Mexico the Mesquite Mine in the United States and the Peak Gold Mines in Australia. Its projects include Rainy River, Blackwater and EI Morro projects. New Gold was founded on January 31, 1980 and is headquartered in Vancouver, Canada.

Franco-Nevada Corp. is engaged in the business of acquiring, managing and creating resource royalties and streams. The company's assets include gold, platinum group metals, other minerals and oil & gas. The company's history roots back to 1985 and was founded on October 17, 2007 and is headquartered in Toronto, Canada.

Royal Gold, Inc. is engaged in the business of acquiring and managing precious metals royalties. The company seeks to acquire existing royalty interests or to finance projects that are in production or in development stage in exchange for royalty interests. In addition to gold, the company holds interests in silver, copper, nickel, zinc, lead, cobalt and molybdenum mines. Its assets are primarily located in North America, South America and West Africa. Royal Gold was founded on January 5, 1981 and is headquartered in Denver, CO.