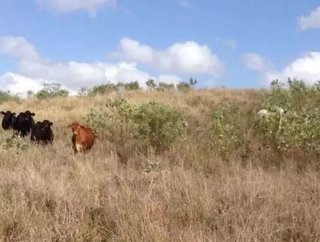 Anglo American has announced it will invest over $162m in the next five years to boost the rehabilitation efforts of its Australian mining operations...

Anglo American has announced it will invest over $162m in the next five years to boost the rehabilitation efforts of its Australian mining operations.

The diversified miner’s operations include five metallurgical coal mines in Queensland, made up of two opencut and three underground operations.

Anglo has earmarked $82m on rehabilitating its opencut Dawson mine and a further $40m on the Capcoal opencut mine.

Anglo American’s Metallurgical Coal chief executive officer Tyler Mitchelson commented: “We continue to innovate and pursue best practice mine rehabilitation across our business, and this approach is already delivering outstanding results. Anglo American’s Dawson Mine has been leading the way in innovative rehabilitation approaches, including the successful rehabilitation of an area previously containing void highwall, and use of rehabilitated land for cattle grazing.”

Meanwhile, the BHP Mitsubishi Alliance (BMA) has been granted environmental certification from the Queensland government on two plots of land spanning almost 1500 hectares in the Bowen basin, including a 1176-hectare stretch of land related to the Gregory Crinum underground mine near Emerald (the largest tract of mining-affected land certified by the state government) and a 294-hectare tract at the Norwich Park mine.

BMA asset president James Palmer stated: “It’s been a fantastic effort by our team, who’ve worked closely with the department to ensure its stringent rehabilitation standards have been met. BMA is committed to its responsibilities to rehabilitate the land within its mining leases, and we continue to collaborate with the Department on further progressive certification. Queenslanders want to know that miners’ take their responsibilities to the environment seriously.”