Contaminated water treatment in mining: the challenges ahead 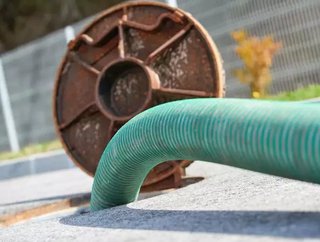 The treatment of contaminated water from both active and abandoned mines has come a long way over the last 40 years. During this period a variety of tre...

The treatment of contaminated water from both active and abandoned mines has come a long way over the last 40 years.  During this period a variety of treatment methods have been developed.

Apart from suspended solids, the principal contamination from most mines is due to the oxidation of pyrite-bearing minerals exposed to oxygen. This results in three products, all of which are water soluble and need to be treated: Ferrous Iron (Fe2+); Sulphate (SO42-) and acidity (H+ ions).

In addition to iron, other metals such as zinc, manganese, aluminium and - depending on the rock geology - cadmium, arsenic, copper or other metals can be released into solution.

Whilst significant contamination can be generated during active mining, it tends to peak immediately after mine closure, as accumulated oxidation products are flushed out of the rock mass on flooding the mine. These then decline exponentially over a number of years to a residual value which typically remains stubbornly higher than pre-mining concentrations. For example, the iron concentration in water from the flooded Wheal Jane Mine in Cornwall, UK, peaked at several thousand mg/l when the mine first flooded and over the subsequent 20 years declined to less than 70mg/l.

Whilst the flushing period can be relatively short, the long-term legacy may need treatment for decades to come. For example, at Parys Mountain North Wales (one of the largest copper mines in the world in the 1800s), the dissolved iron concentration in the water still seeping from the mine exceeds 500mg/l nearly 200 years after closure. Whilst this concentration is exceptionally high, and reflects historical mining practices which had little regard for environmental issues, it’s a sobering indication of the potential long-term legacy from uncontrolled mining.

With the length of the flushing period and the residual contamination concentrations difficult to predict, it’s often advisable to operate a temporary treatment system post closure, until the long-term contamination load, and best treatment strategy, can be determined.

Beyond this, given the variability in water quality, different treatment options may need to be adopted during the active, immediate post closure and long-term post closure phases.

A key water treatment strategy is to minimise the amount of contaminated water generated in the first place. This typically involves exclusion of oxygen from the reactive materials by flooding and sealing excavations; placing waste materials under water; covering rock dumps with a layer of low permeability material to prevent water and oxygen ingress; or mixing pyritic material with acid buffering/neutralising materials to reduce the amount of acidity generated.

How the residual contaminated water is treated depends on the contamination load and the required treated water standard. Treatment has principally focused on pH correction to circa neutral values and removing dissolved metals.

Where there’s a relatively low concentration of contamination, passive systems can be deployed. These rely on naturally occurring processes to remove the metals and buffer the pH.  For instance: oxidation of iron to insoluble ferric hydroxide using aerobic wetlands; precipitation of metals as sulphide by means of sulphate reducing bacteria in anaerobic wetlands; or the addition of alkalinity to the water by percolation through beds filled with crushed limestone (anoxic limestone drains - ALD).

Passive systems have a life of 10 to 20 years before they need to be replaced, during this period minimal maintenance is required.

For waters with either a very low pH and/or containing high concentrations of dissolved metals, active treatment using conventionally engineered treatment systems is required. These involve the continual input of reagents to remove the contaminants and the ongoing disposal of the sludge generated by the plant on a ‘continuous little and often’ basis. Active treatment plants either use lime to raise the pH and precipitate the dissolved metals in the form of hydroxides, or use biological activity in the form of sulphate reducing bacteria to effectively reverse the pyrite oxidation process which caused the contamination and precipitate the dissolved metals as insoluble sulphides.

Zinc and cadmium cannot be adequately removed using the methods commonly employed for the removal of iron and aluminium. For low levels of contamination, anaerobic wetlands can be used, but this has been restricted due to odour issues caused by the excess hydrogen sulphide gas created by sulphate-reducing bacteria venting to atmosphere. Research is focusing on both alternative methods for the treatment of low level zinc and cadmium concentrations.

Over recent years, the discharge standard for arsenic has been reduced due to concerns about short and long-term toxicity, making treatment more challenging. Dissolved arsenic is present as either Arsenite (As3+) or Arsenate (As5+). Arsenate is more easily removed from solution than Arsenite, thus most processes rely on an oxidation stage (using a reagent such as hydrogen peroxide) prior to its removal from solution. Removal is then typically achieved using co-precipitation with the iron, usually already present in the mine water. Alternative methods include ionic exchange, reverse osmosis or the use of adsorptive media such as granulated ferric hydroxide. The challenge is to better understand the optimum conditions for arsenic removal and develop control philosophies that achieve this at minimum cost.

The discharge standard for selenium has also been reduced, forcing some mines to modify their treatment process. Like arsenic, selenium is present in two oxidation states, selenite (Se4+) or selenate (Se6+). Two methods are commonly used for its removal, either chemical reduction of selenate to selenite followed by co-precipitation with iron, or biological reduction to precipitate it as insoluble selenium. The biological process has found favour particularly where the raw mine water concentrations are relatively low. Other options include ionic exchange and reverse osmosis. Again, the challenge is to develop selenium removal systems that minimise cost and maximise sustainability.

Treatment standards for sulphate vary both nationally and on the level of dilution possible in the receiving watercourse.  Typical values, particularly in more arid regions, are less than 200mg/l, making treatment challenging for more heavily contaminated mine waters. The addition of lime to neutralise acidity and precipitate dissolved metals also helps reduce the sulphate concentration by the formation of gypsum. However, depending on the method of metal removal used and the amount of lime added, gypsum precipitation typically only reduces the sulphate concentration to between 1600mg/l and 2400mg/l, often significantly exceeding the required water quality standard.

Options for reducing the sulphate concentration to below the required standard include: nanofiltration/reverse osmosis, which is limited due to the need to prevent fouling of the membranes and the disposal of the reject waste brine generated; ionic exchange, which has the same disadvantages; barium sulphate precipitation, which can achieve very low residual concentrations but is costly; biological sulphate reduction, which is most effective at an elevated temperature and relies on methanol or another source of carbon to feed the bacteria – it is used on a few applications for metal recovery but has not found favour due to operational costs; and ettringite precipitation, which elevates the pH of the water using lime and an external aluminium source to form insoluble ettringite – this has attracted interest but is considered costly and operationally complex.

Mine water treatment has come far but meeting stricter discharge standards on potentially toxic metals, and reducing sulphate concentrations, particularly in arid regions, still needs to be addressed.  A lot of technology already exists to meet these standards – the challenge is doing this in a way that’s affordable to both the mining industry and society as a whole.