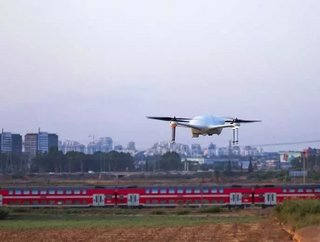 An Israeli developer of fully automated industrial drones has completed a multi-million-dollar fundraising phase as it looks to significantly expand its...

An Israeli developer of fully automated industrial drones has completed a multi-million-dollar fundraising phase as it looks to significantly expand its service offering in the mining industry.

Airobotics, based in Israel, developed a pilotless drone solution, the very first of its kind in the global market.

The company has announced that it has completed a $32.5mn round of fundraising led by BlueRun Ventures China, as well as Microsoft Ventures, Ourcrowd.com and one other strategic investor that remained unnamed.

Airobotics is significantly expanding its hold in industrial facilities, including mine sites.

The fully automated end-to-end drone solution can be used for collecting data and gaining aerial insights.

Airobotics is the first company in the world to be granted authorization to fly fully automated drones without a pilot, as licensed by the Civil Aviation Authority of Israel (CAAI), which positions the company as a world-leader in the field of automated drones.

“We continue to execute our vision: taking the human pilot out of the loop and increasing the value drones can create,” says Ran Krauss, CEO and Co-Founder at Airobotics. “This fundraising enables us to continue to expand, within industrial facilities, and with our newly launched Defense division. Our next stop – automated drones in cities.”

“We are thrilled to lead this round of investment,” says Jiajie Wu, Executive Director, BlueRun Ventures China. “Airobotics is a game changer, which has successfully matched revolutionary drone technologies with real industrial needs. In addition to its existing customer base in Western countries, we believe Airobotics will see substantial opportunities in Asia, which is one of the world’s largest industrial markets.”