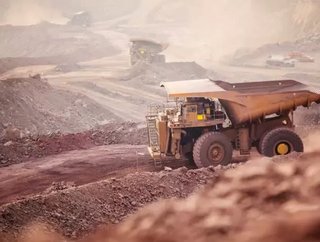 The mining giant BPH Billiton, has begun using special caps to log the brainwaves of sleepy drivers to monitor signs of drifting to sleep. These driver...

The mining giant BPH Billiton, has begun using special caps to log the brainwaves of sleepy drivers to monitor signs of drifting to sleep.

These drivers are operating 400-tonne vehicles at a copper mine in Chile, and so far 1,500 workers have been tested in 150 trucks.

The brainwaves are tested through a six-inch strip is fitted inside the helmet of employees.

“It sits on your forehead and it actually can measure your brainwaves and look at… patterns that show fatigue over time,” stated the Technology Officer of BHP, Diane Jurgens.

“That sensor then talks to a little unit that we install in the cab of a truck and when it detects fatigue, it will notify our drivers but also, just as importantly, it's integrated with our back office and the supervisors that can also get notified so they can intervene.”

Prior to these devices, the company were using sensors that were installed on to a truck’s cab that would detected when a driver’s eyes closed.

“You can't fool this cap because it's watching your brain waves, not looking at your eyes. And so it's a much better technology,” Ms Jurgen added.

The company noted from a Mckinsey study that the global resources industry could save between US4290bn and $390bn a year through utilising new technologies.