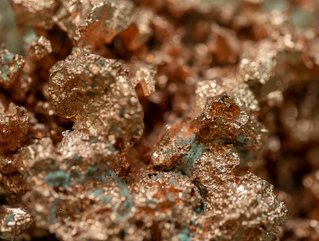 One of the top 10 copper producing companies in the world, First Quantum operates two copper mines in Zambia – the second largest producer of the mineral in Africa. The agreement is a Technical Cooperation Agreement and will cover Tertiary’s Mukai and Mushima North Project Interests, a statement said.

These are close to First Quantum’s mining operations and exploration targets, it added. Tertiary has four copper exploration licences in the southern African country.

The Mukai Project Exploration Licence is located in Zambia’s North-western Province and is directly adjacent to FQM’s Trident Project which includes the large Sentinel Copper Mine and the recently opened enterprise Nickel Mine.

The Mushima North Exploration Licence, in the Kasempa District, is also in an active exploration area for FQM and is prospective primarily for iron-oxide-copper-gold (IOCG) mineralisation.

Executive Chairman Patrick Cheetham said: “This Agreement will turbo-charge Tertiary’s Zambian exploration in these two key licence areas. We are set to benefit from FQM’s extensive and in-depth country experience, gained over many years of exploration and mine development in Zambia and, importantly, its site-specific historical exploration in and around these two exciting projects.”

He added that the agreement will allow Tertiary to harness the expertise of one of the world’s largest copper producers without the associated cost. In return FQM will gain first-hand knowledge of any new discoveries made by Tertiary, and will be in pole position, should it seek an exploration or development partner in future.

“Nevertheless, it is important to stress that the Agreement does not bind either company to any further agreement or grant FQM any first rights of refusal and so is not commercially restrictive for Tertiary,” he added.

“We are grateful to FQM for proposing such a free-thinking arrangement and we look forward to working with their team.” 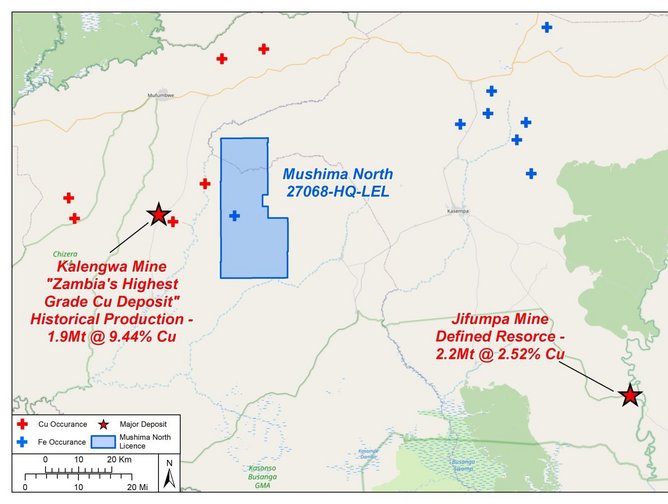 FQM and Tertiary will establish a Technical Committee with the objective to work collaboratively with respect to advancing exploration and development of the Projects. This Technical Committee will advise and assist Tertiary in relation to all technical matters relating to the Projects, while FQM will provide all of its historical exploration data for the two licence areas.

Tertiary will submit its exploration results to the Technical Committee on an ongoing basis, the statement added.

Tertiary is exploring in Zambia through local subsidiary Tertiary Minerals (Zambia) Limited (“TMZ”) which is 96% owned by Tertiary Minerals plc. TMZ has the right to acquire up to a 90% interest in the Mukai and Mushima North exploration licences from local company and licence holder Mwashia Resources Ltd.

The Mukai Copper Project is located 125km west of Solwezi, in the north-western province of Zambia. Geologically, it is in the Domes Region of the Central African Copperbelt, and it encompasses Lower Roan Subgroup rocks which are part of the southern flank of the highly prospective Kabompo Dome.

The licence is directly adjacent to FQM’s Trident Project licences which include the recently opened Enterprise nickel mine and the large producing Sentinel (Kalumbila) copper mine, located 8km south and 18km southeast of the licence, respectively.

FQM has invested US$2.1bn in the Sentinel copper mine where the plant has the capacity to treat 55m tonnes of ore per annum.

Enterprise is a sediment-hosted nickel-sulphide deposit with a total measured and indicated resource of 40m tonnes of ore containing 431,000 tonnes of nickel from which FQM envisages processing some 4m tonnes per year of nickel ore making Enterprise the largest nickel mine in Africa.

The project is also located west of Arc Minerals project area on the opposite flank of the Kabompo Dome where Anglo American plc can earn a 70% interest from Arc Minerals through expenditure of US$88.5m including US$14.5m in cash payments.

The Mushima North Copper Project is located 100km east of Manyinga.It encompasses basement rocks outside of the traditional Copper Belt and the region is a focus of exploration for copper-gold in so called Iron-Oxide-Copper-Gold (“IOCG”) deposits best exemplified by the giant Olympic Dam copper-gold-uranium deposit in South Australia.

The past producing Kalengwa copper mine is situated approximately 20km west of the licence and is believed to be one of the highest-grade copper deposits ever to be mined in Zambia. In the 1970s high grade ore in excess of 26% copper, making up approximately 20% of the orebody, was trucked for direct smelting at Copper Belt mines.