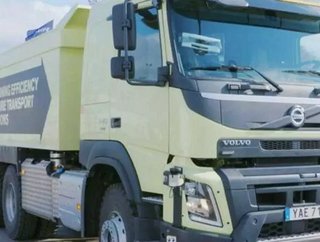 Volvo Group will be road testing its autonomous trucks in underground mines, following the development of its autonomous vehicles. The Swedish car make...

The Swedish car maker has been testing autonomous cars on public roads in both China and in the UK, but in a cooperation with Saab, the company’s first automated truck is ready for the underground road.

“The Volvo Group has been conducting research into autonomous vehicles for several years and we are delighted to have already developed a solution that we believe will ultimately revolutionize the mining industry,” says Torbjörn Holmström, member of Volvo’s Group Executive Board and Chief Technology Officer.

“We expect to be able to significantly increase our customers’ productivity while at the same time improving fuel efficiency and safety.” he said.

Developed through the wholly owned technology consultancy company Combitech, the automated truck will use sensors and GPS technology to read its surroundings, navigate through difficult environments and collect data that will improve and optimise its functionality.

The truck is just one of a number of autonomous research projects underway, with the ambition of creating sustainable and safer transport solutions for industries – including mining.

Read: Machines Among us – how automation is transforming the industry