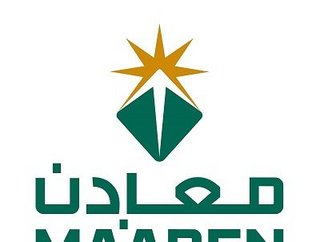 Agreement between Ma’aden and KFUPM aims to facilitate collaboration on scientific and technical research, and develop the mining sector in Saudi Arabia

The Saudi Arabian Mining Company (Ma’aden), the largest multi-commodity mining and metals company in the Middle East, has said that it has signed an agreement with King Fahd University of Petroleum and Minerals (KFUPM) to collaborate on the research and development of mining technology.

In a statement, the company said that the agreement was signed between Abdulaziz Al-Harbi, Deputy CEO of Ma’aden and Dr Muhammad Al-Saggaf, President of KFUPM. Also in attendance was Prince Abdulaziz bin Salman bin Abdulaziz, Minister of Energy and Chairman of the Board of Trustees of Fahd University of Petroleum and Minerals.

The agreement will facilitate collaboration on scientific and technical research, establish joint research programs to develop technology solutions and harness research and development expertise within a governed framework.

KFUPM has 16 research centres based in Dhahran, Saudi Arabia, with the facilities spanning multiple disciplines, such as research in engineering, hydrogen, renewable energy, intelligent manufacturing and robotics, and more.

Advancing the mining industry with technology and digital transformation

In the statement, Ma’aden highlighted that R&D, technology and digital transformation are essential for the advancement of the mining industry and are critical to delivering the company’s long-term growth strategy.

The company added that it would look to leverage KFUPM’s research capacity to produce viable technology solutions that could be rapidly adopted by the market. The two parties have also agreed to work together to facilitate the development of entrepreneurial businesses, it added.

Ma’aden added that through this partnership, and others with leading local and international entities and institutions, it hoped to enhance its capabilities and consequently advance the mining industry in the Kingdom.

The agreement with KFUPM follows the signing of a collaborative R&D innovation agreement with King Saud University in June this year, which focused on furthering efforts related to the research and development of mining technology. The agreement seeks to maximise the outputs and governance of scientific research and enhance bilateral collaboration between KSU and Ma'aden, while also developing the mining industry in the Kingdom to be on par with its global competitors and to achieve the targets of The Saudi Vision 2030.