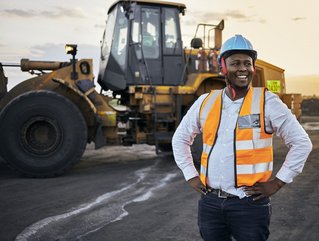 Northern Survey Supply (NSS), a Canadian company specialising in engineering measurement systems and mine surveying solutions, has said that it is working on an augmented reality mining hardhat project that will make underground mining safer.

Working with Cambrian College, a college based in Greater Sudbury in Ontario, the company said that the augmented reality project – the Microsoft HoloLens AR System – will allow miners to operate machinery remotely, which would reduce the risk of injury, a CTV News report said.

A similar AR system has already been deployed in the construction sector, and the company is now working to adapt it to a miner’s hard hat, it said.

Patrick Galipeau-Belair of Cambrian College explained that the HoloLens currently only fits on a construction hard hat, with the technology obstructed by the mining version of a hard hat, due to the lamp, larger brim and distinctive ergonomics.

He added that the college is working with NSS Canada to develop a prototype and design to mount the HoloLens on an underground hard hat.

NSS Canada also highlighted that the new technology will not only increase the level of safety for miners but will also help fill gaps in the industry.

“As we saw underground, the miner was further away from the face, they didn’t have to physically interact and that is a big safety priority for a lot of the mining companies in northern Ontario to progress to that stage," said Matthew Brown of NSS Canada, was quoted as saying during the report.

"The most important thing to come out of the mine is the miner. Safety is paramount. Any mining operation will ensure that its employees come home safe and feel safe and with this technology. We’re hoping it’s one more additional level of safety that the miners feel comfortable using."

The first prototype of the hard hat is expected within the next two months, the company added.