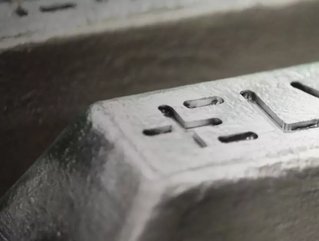 Rio Tinto and Alcoa’s JV project ELYSIS has the potential to transform the aluminium industry, with a significant reduction in its carbon footprint

Eliminating all direct greenhouse gases from aluminium smelting has taken a major step forward with the start of construction on the first commercial-scale prototype cells of ELYSIS’ inert anode technology, at Rio Tinto’s Alma smelter in Saguenay-Lac-Saint-Jean, Quebec.

ELYSIS is a joint venture company led by Rio Tinto and Alcoa that is developing a new breakthrough technology, known as inert anode, that eliminates all direct greenhouse gases (GHGs) from the traditional smelting process and instead produces oxygen.

The technology has the potential to transform the aluminium industry, with a significant reduction in its carbon footprint.

The Honourable Francois-Philippe Champagne, Minister of Innovation, Science and Industry joined representatives from ELYSIS, Rio Tinto and Alcoa to mark the start of construction and announce a further CAD $20mn financial contribution from the Government of Canada to support the project.

The federal government's financial support will enable the creation of a unique commercial size inert anode technology showroom for future customers and will help develop the supply chain by involving local and regional equipment manufacturers and suppliers in the project.

ELYSIS is working to complete the technology demonstration by 2024 followed by the commercialization activities.

ELYSIS technology at a glance:

Alcoa and Rio Tinto will continue to support the ELYSIS development program alongside the Governments of Canada and Quebec.

ELYSIS is working closely with Alcoa's Technical Center, where the zero-carbon smelting technology was invented, and the Rio Tinto technology design team in France.

Alcoa's Technical Center supports ELYSIS in the manufacture of proprietary materials for the new anodes and cathodes that are essential to the ELYSIS process. The Rio Tinto technology team in France is creating commercial scale designs for the ELYSIS technology.

Vincent Christ, CEO, ELYSIS commented: “This is a great day for ELYSIS. It means that we are becoming the first technology company in the world to build commercial-size inert anode cells. While we refine the technology in our R&D Centre, we start the construction of our prototype cells. This shows our confidence in our process and in the know-how of our team. The combination of ELYSIS' zero CO2 technology and Quebec's renewable energy will be great competitive advantage for the future. I would like to thank the government for its support and all the partners for their commitment.”

Samir Cairae, Rio Tinto Aluminium managing director Atlantic Operations and ELYSIS board member added: “Today marks a real step towards the future of the aluminium industry, by progressing this breakthrough technology to cut carbon emissions. Rio Tinto is committed to supporting its ongoing development here in Quebec where we already use clean hydropower to deliver some of the world’s lowest carbon aluminium. Combining this technology with renewable hydropower holds the promise of zero carbon aluminium smelting.”