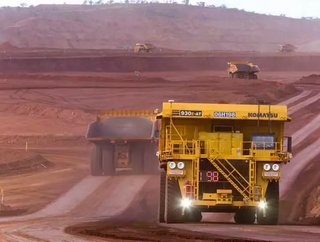 One of the world’s largest miners is significantly going to expand its autonomous fleet as it continues a major global drive for automation. Rio Tint...

One of the world’s largest miners is significantly going to expand its autonomous fleet as it continues a major global drive for automation.

Rio Tinto has announced that it will be retrofitting more than 50% of its haul trucks at its world-class iron ore operations in the Pilbara by 2019.

The company has signed an agreement with both Caterpillar Inc and Komatsu Ltd to convert its traditional trucks to autonomous vehicles, which will see 29 Komatsu trucks converted by 2019 and 19 Caterpillar trucks completed by the end of that same year.

The retrofit is significant for Rio Tinto as it marks the first time AHS technology has been deployed by the company on Caterpillar haul trucks.

Rio Tinto’s commitment to automation is part of a wider productivity programme, one that will see the company generate $5 billion of additional free cash flow over the next five years through a strong focus on safety, cash generation, a commitment to capital discipline and the delivery of superior shareholder returns.

Enaex and SRI International join forces to unleash the Robominer

From pit to port: using automated drones to boost productivity in the mining

Rio Tinto Iron Ore chief executive Chris Salisbury said “We are excited to be starting a new chapter in our automation journey with a valued long-term partner in Caterpillar and we are proud to be extending our successful partnership with Komatsu on this world-first retrofitting initiative.

“Rapid advances in technology are continuing to revolutionise the way large-scale mining is undertaken across the globe. The expansion of our autonomous fleet via retrofitting helps to improve safety, unlocks significant productivity gains, and continues to cement Rio Tinto as an industry leader in automation and innovation.

“We are studying future additions to our autonomous fleet in the Pilbara, based on value, to help deliver our share of $5 billion of additional free cash flow for the company by 2021.

“Rio Tinto is committed to working closely with our workforce as we transition to AHS including providing opportunities for new roles, redeployment, retraining and upskilling.”

Last year, on average, each of Rio Tinto’s autonomous haul trucks operated an additional 1000 hours and at 15 per cent lower load and haul unit cost than conventional haul trucks.