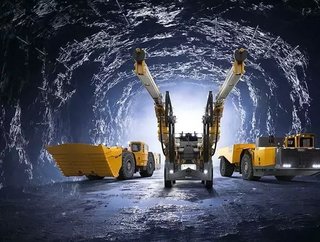 A leading productivity partner for the mining, infrastructure and natural resources industries, has launched a new generation of battery-driven machines...

A leading productivity partner for the mining, infrastructure and natural resources industries, has launched a new generation of battery-driven machines designed to foster and enable sustainable mining.

Epiroc announced in a statement this week that it has officially launched its second generation of batter-operated machine technology that will lower mining customer costs and promote a healthier work environment.

The Swedish company, launching at a customer event in Orebro, unveiled 14 and 18-ton loaders, a 42-ton truck and a mid-sized drilling family including face drilling, production drilling and rock reinforcement rigs.

LlamaZOO: Changing the perception of data in the mining world

“We at Epiroc want to help our customers boost productivity, enhance safety and cut emissions – all while lowering the total cost of operation,” said Per Lindberg, Epiroc’s President and CEO. “Our second-generation battery vehicles takes us towards a sustainable future with less dependency on fossil fuels. We are proud to lead the charge toward sustainability in mining.”

The news comes after a strong start to the month for Epiroc, having recently acquired the Estonia based distributor of underground mining equipment, Suatec, as well as adding Innovative Mining Products to its portfolio.